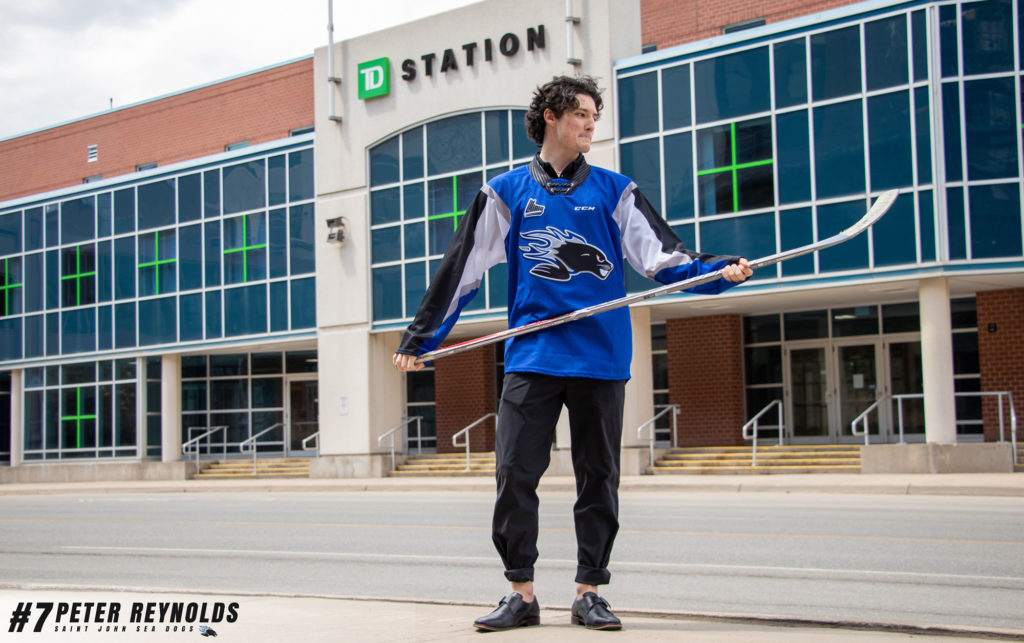 The Saint John Sea Dogs announced today the signing of top prospect Peter Reynolds. The talented forward was ranked third overall in the 2019 QMJHL Draft and was previously committed to Boston College in the NCAA.

Reynolds’ returns to New Brunswick after many seasons away from home. Prior to last season, Reynolds played three seasons at Shattuck St. Mary’s in Minnesota registering a total of 236 points.

“I am really excited to come home and be close to my family. I am also extremely excited to play for such a world class organization in my backyard.”

Reynolds joins an up and coming core that is not only talented but loaded with local flavour. He grew up a Sea Dogs fan, admiring in particular, Sea Dogs Hall of Famer Jonathan Huberdeau.

“Growing up I watched plenty of Sea Dogs games and I thought they were the coolest thing. I loved watching Huberdeau, he was so dominant and now to finally be with the Sea Dogs is very exciting.” 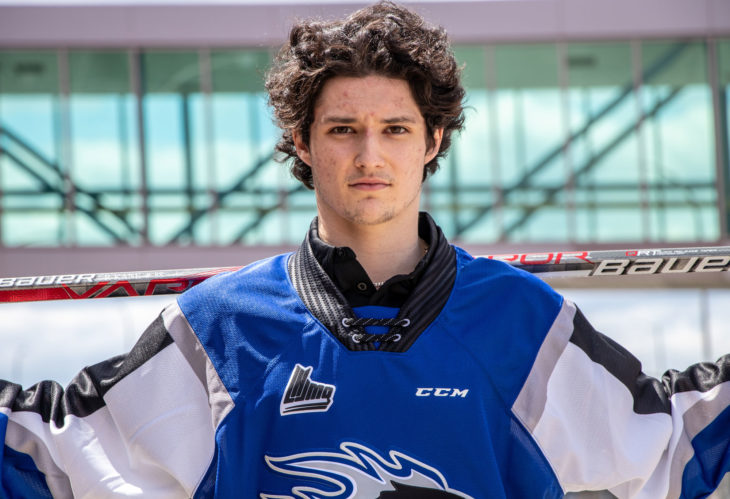 Sea Dogs President and General Manager Trevor Georgie believes Reynolds is going to fit perfectly in the team culture and be an important part of the core.

“Gifted and impressive – that’s Peter in a nutshell” said Sea Dogs President & General Manager, Trevor Georgie.  “I have had the privilege of getting to know him and his family over the past year or so, and we’re getting a humble, but remarkably driven person. What became abundantly clear (to me) is that he wants to excel at whatever he does. Now he wants to win at the highest level, here in the CHL with our group.”

Reynolds is the most recent player to make the move from the NCAA to the Sea Dogs in the past 24 months. He joins Charlie Desroches (Northeastern), Josh Lawrence (Boston University), Matt Gould (Providence College), Michael Campoli (Boston College), and fellow New Brunswickers, Dawson Stairs and Kale McCallum.

“Great players have great options and we really appreciate Peter, and all the players before him, who have taken a leap of faith with us. In the end, management alone isn’t building a team, we’re building this thing together. With Scott (McCain) we have the best owner in the CHL, we have a winning tradition, and we treat our players like family. There are so many great programs and choices across North America, including Boston College, but we believe in ours a bit more.”

Despite geography, Reynolds has carefully watched the team come together over the past few years, and he has big dreams about what could be in store for him and his new teammates.

“To win a Memorial Cup with the Sea Dogs would be amazing. Growing up playing with some of the guys on the team is really cool and to win with them would be amazing. I think this is a super special group and I’m excited to get started.”