Top 3 Prospects from the Maritimes: Lawrence leads the way 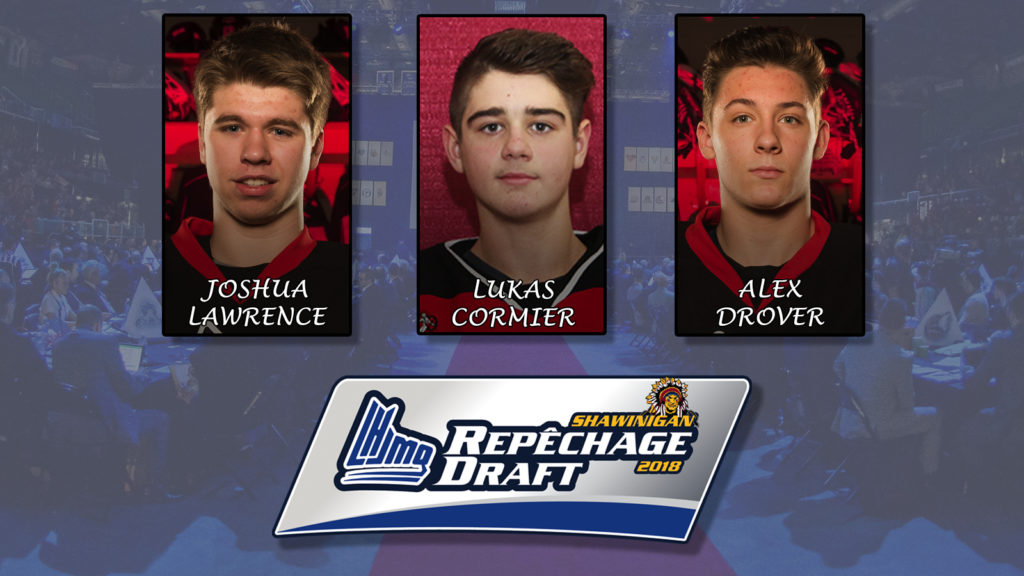 Scouts all agree. Joshua Lawrence is by far the best player coming out of the Maritimes in this year’s draft class. Author of 83 points and 27 goals in only 49 games with South Kent Academy (Select Academy U16) in the United States, he has been turning heads throughout his young career.

“Last year he was facing nothing but players older than him. His qualities cannot be denied. He protects the puck well and consistently wins his battles despite his smaller stature. He isn’t the best skater, but his scoring touch, hockey sense and overall skill set make him a top player,” explains Carl Bouchard, director of QMJHL Central Scouting.

The past two seasons, Lawrence has led his team to the USPHL U16 championship. He also played for New Brunswick in a tournament where he picked up six points in five games.

A native of Fredericton, New Brunswick, Lawrence has drawn the attention of scouts across North America. Boston University has already offered him a scholarship and he has accepted and is slated to join them in time for the 2020-21 season.

QMJHL Central Scouting has Joshua ranked No. 6 overall and the top prospect from the Maritimes.

Cormier: the next Samuel Girard?

Ranked at No. 10 overall and the second-best prospect out of the Maritimes is the small defenceman who is always ready to take the puck end to end. Lukas Cormier is a spectacular rearguard that could very well be picked even earlier than expected by any team looking to add guts and sizzle to their blue line.

“What a skater! His mobility and footwork are well above other players his age. Despite his size, he is able to play well defensively by using his stick well and being tenacious in one-on-one battles along the boards. His vision and hockey sense make him very effective at the point on the power play. This is a player who is always engaged and if ever he does make a mistake he knows how to raise his game and bounce back. He should quickly be able to lead a power play for a QMJHL club,” believes Bouchard.

“It was really incredible to win that championship!” smiles Cormier.

In 35 games with the Midget AAA Moncton Flyers, he scored 15 goals and added 28 assists for 43 points to lead all league defencemen in that department. He then earned the Rookie of the Year honours.

“A lot of people compare me to Samuel Girard. I like that comparison. We both see the ice well and are good skaters. I hope to one day have the kind of impact he had when he was in junior!” says Cormier.

Ranked No. 20 overall among QMJHL prospects is the first product from Nova Scotia. Alex Drover is currently a centreman, but he will likely end up on the wing when he reaches the QMJHL according to League Central Scouting.

“His speed and explosiveness could use some fine-tuning. Alex does have the ability to score goals and has strong hockey sense, especially up front. He’s also involved in all three zones and was the heart and soul of his team this year,” explains Bouchard.