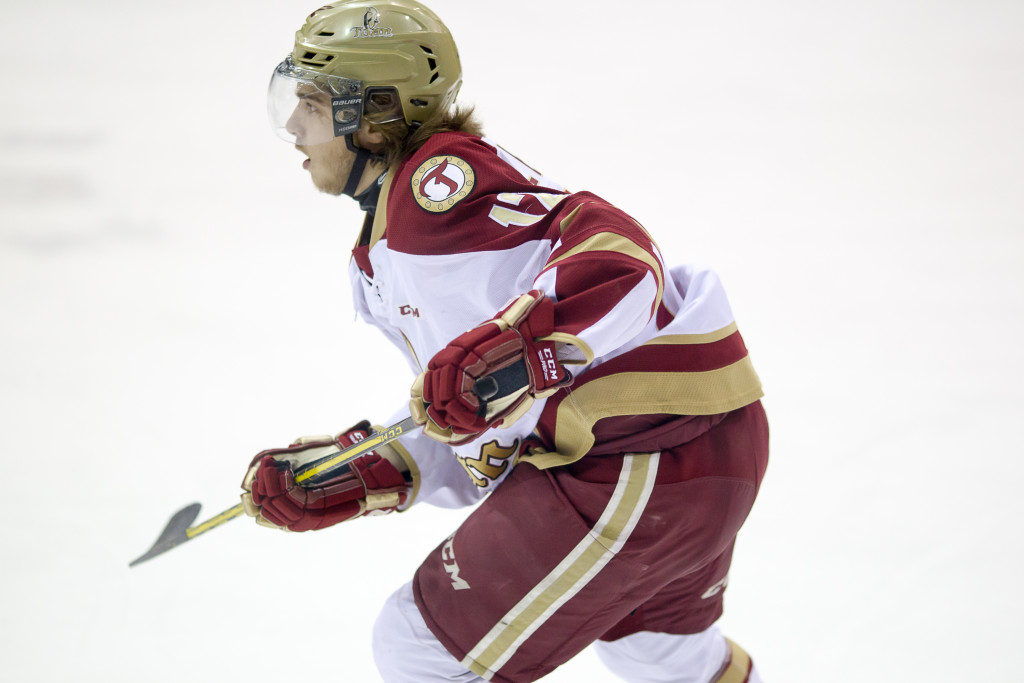 Bathurst, NB, Tuesday, August 9th, 2016 – The Acadie-Bathurst Titan confirmed that Daniil Sokolka has signed on with the team and will participate in training camp. Furthermore, the Titan also unveiled the line-up which will participate in the Hubcity Showcase in Moncton from August 19th to 21st.

A native of Moscow, Daniil Sokolka (1999-01-23) spent the past season with the Honeybaked U-18 team in the High Performance Hockey League, based out of Michigan and Illinois in the United States. In 14 games, Sokolka scored nine goals while adding 17 assists.

It is worth noting that he spent the previous season with the renowned Detroit Little Caesars team, which plays in the same league, with which he found the back of the net seven times, all the while helping a teammate do likewise 13 times in 25 games.

With the Hubcity Showcase fast approaching, the Titan unveiled the line-up which will participate in the event. To that effect, the line-up is placed at the bottom of this text.

It is worth noting the presence of both Noah Dobson (the team’s first round selection in 2016) and that of Igor Galygin (a first round pick in the 2016 CHL Import Draft). Furthermore, three Titan representatives will already have some measure of league experience, as Keegan Gauthier suited up for six games last season, Jérôme Gravel for five and William Lemay-Champagne in three.

A reminder that the Titan will play their first game on August 19th against the Charlottetown Islanders at 1 pm, before taking on the Halifax Mooseheads the following day at the same time. A ranking game will be played on August 21st.