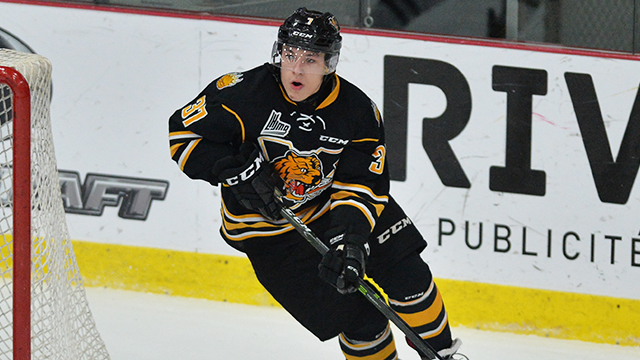 Toronto, ON – The Canadian Hockey League today announced that forward Ivan Kosorenkov of the Victoriaville Tigres is the CHL Player of the Week for the week ending December 31 after scoring five goals and four assists for nine points in three games with a plus-minus rating of plus-5.

Kosorenkov delivered three multi-point performances after the holiday break helping the Tigres end 2017 with a three-game win-streak improving their record to 18-14-3-2.  On Thursday he scored a goal and an assist in a 6-2 win over the Quebec Remparts, then tallied a season-high four points on Friday with two goals and two assists as first star of a 6-1 road win over the Rimouski Oceanic.  His week wrapped up on New Year’s Eve scoring a pair of goals including the game-winner and insurance marker just 47 seconds apart while adding an assist as second star of a 5-2 win over the Chicoutimi Sagueneens.  Kosorenkov’s effort on Sunday extended his personal point-streak to nine games covering the entire month of December.

The 19-year-old Russian is playing in his second QMJHL season after being selected by the Tigres in the first round of the 2016 CHL Import Draft.  He is currently tied for 17th in league scoring with 19 goals and 19 assists for 38 points in 33 games and has averaged exactly a point-per-game over his QMJHL tenure with 101 points in 101 games.