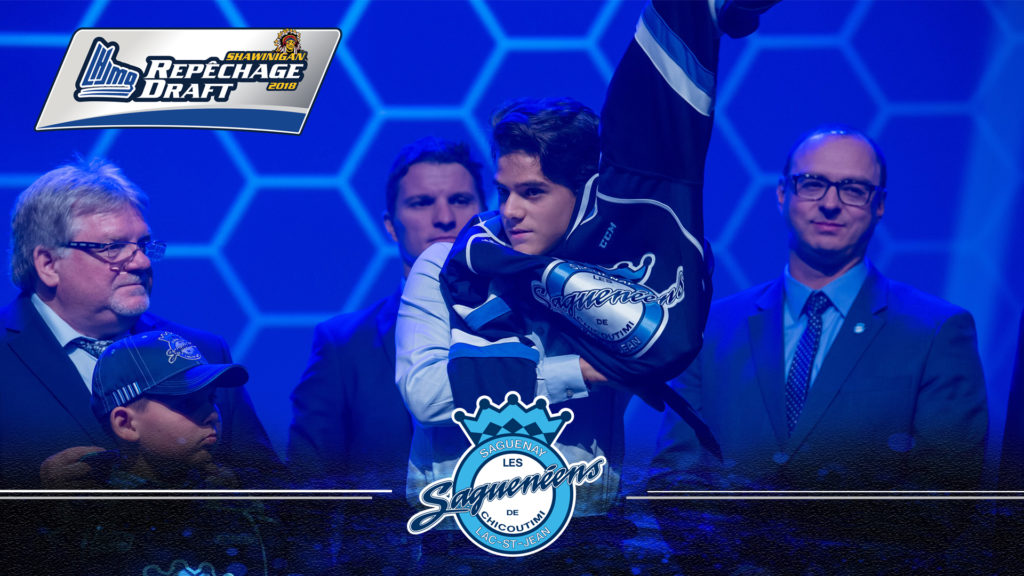 His return home to Quebec muddied the waters for all 18 teams preparing for the 2018 QMJHL Draft. Born in Donnacona, Quebec, Théo Rochette spent the last five years hitting the ice in Switzerland.

The precious few teams who did get to see him play all hoped for the same thing: his return home one day. That’s exactly what happened in the weeks prior to the draft.

The Chicoutimi Sagunéens were the ones who eventually took a chance on the talented forward, snagging him with the draft’s seventh overall pick.

“This is the door to the NHL. For my progression, it was clear I had to come back to Quebec. These are the best players in the world. I wanted to challenge them”, explained Rochette. “This league offers incredible professionalism. It’s a little different in Switzerland. I never hesitated to come back home.”

He has dual citizenship (Swiss and Canadian). So, did that mean he should be admissible for the QMJHL Draft or the CHL Import Draft? That was the key question in recent weeks.

“We were awaiting approval from the CHL. I was really happy when they told me I could be eligible for the QMJHL Draft. There wasn’t a lot of video available on me, so yes I did see myself as a risk to certain teams. I expected that. Not everyone had seen me play. I arrived back in Quebec relaxed and without pressure that way. I figured I would be picked when I would be picked.”

Some experts claim Rochette is better than fellow Swiss Sven Andrighetto was at this age, which isn’t undeniable! Playing alongside U-20 players in Lausanne, Rochette picked up 34 points in 48 games over this past season.

“I was the smallest guy on my team. I was 15 years old to start the season and I was playing players who were 19. I didn’t have a very big role when the season began. My goal was to finish the season strong and that’s what I did. I was happy with my progression,” continued Rochette, who is represented by pat Brisson’s CAA agency.

While Théo Rochette has spent some time on the wing, he still considers himself a natural centreman. There is now little doubt he will be bringing some offensive firepower to the Saguenéens.

“I’m a playmaker. I’m a good passer and I play with a lot of speed. I’ve also been playing on an Olympic-sized rink for five years. I think that could become an advantage for me in Chicoutimi. It’s been a long time since I’ve played on a smaller rink. I’m looking forward to seeing what that will be like”, said Rochette, who expects to need a certain amount of time to adjust.