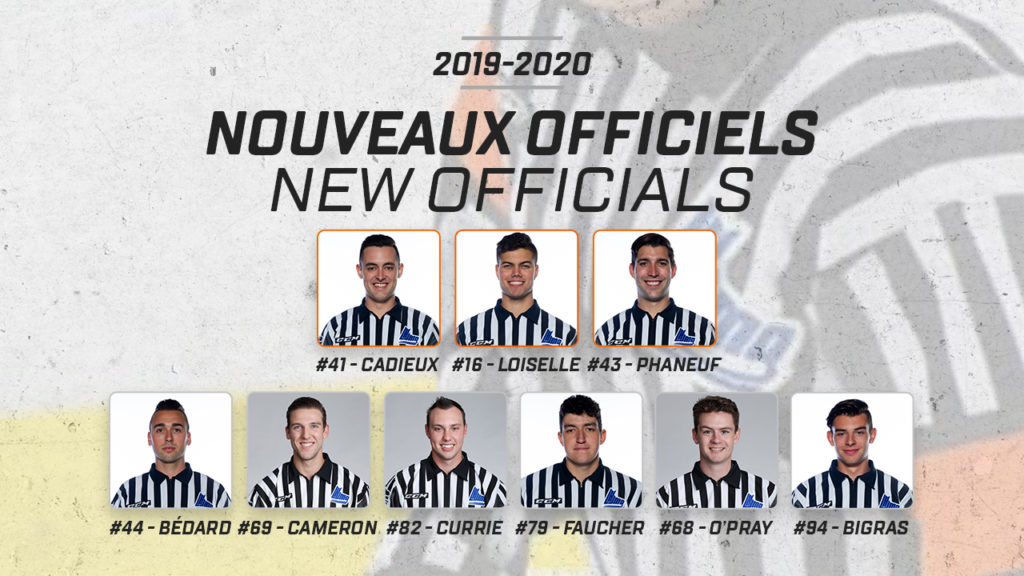 Over the course of the 2019-20 season, a total of nine (9) new officials will be wearing the striped jersey for the first time in the Quebec Major Junior Hockey League.

It is an important career step for the three referees and six linesmen that will be making their major junior debuts.Moreover, family members, minor hockey partners and branches, local regions and associations, who all participated in an official’s development, can take pride in this achievement.

The League and its Officiating Committee wish to congratulate the officials and wish them the best in the coming seasons.

Chris IVANKO (48) will make his QMJHL debut as a referee after patrolling the lines for four seasons in the league.
LINESMEN

Rimouski Océanic player of the week
Ultramar Player of the Week | Alexis Lafrenière (February 17, 2020)
5 hours ago