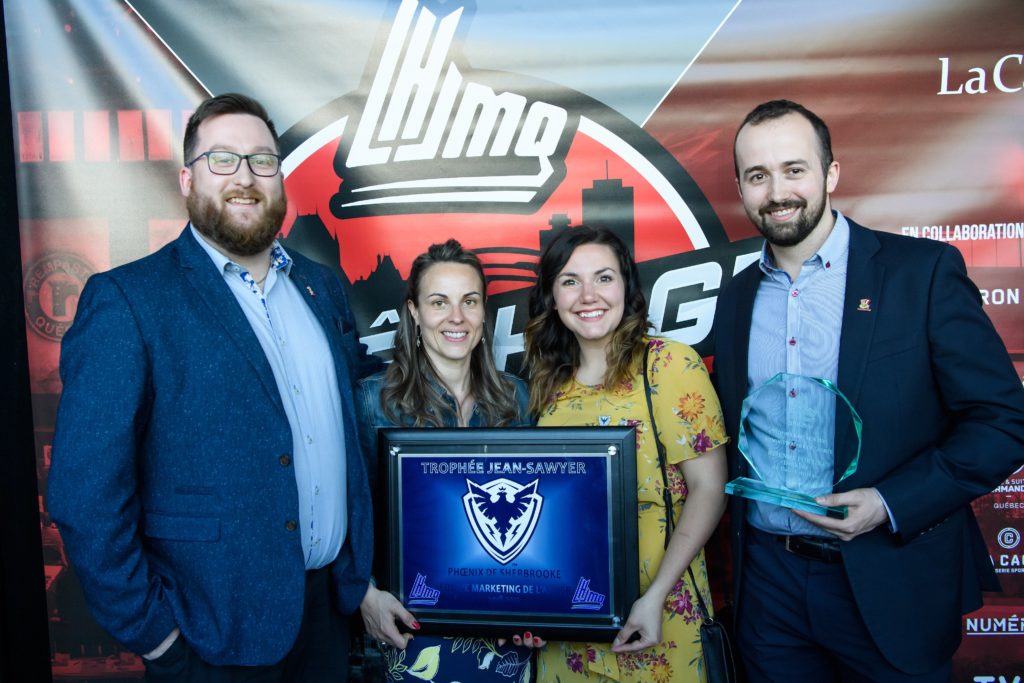 During the evening, the QMJHL used the occasion to hand out its final prizes of the season to its teams and their personnel. Here are the awards that were handed out:

The Jean Sawyer Trophy is awarded annually to the top marketing team in the Quebec Major Junior Hockey League. This year’s winning team is the Sherbrooke Phoenix.

The Denis-Arsenault Trophy is awarded every year to the league’s Academic Advisor of the Year. This year’s winner is Lucie Landry of the Rouyn Noranda Huskies.

The John Horman Trophy is awarded annually to the Executive of the Year in the QMJHL. This season’s winner is Étienne Fortier from the Baie-Comeau Drakkar.