The QMJHL kicks off its 51st regular season in Rouyn-Noranda 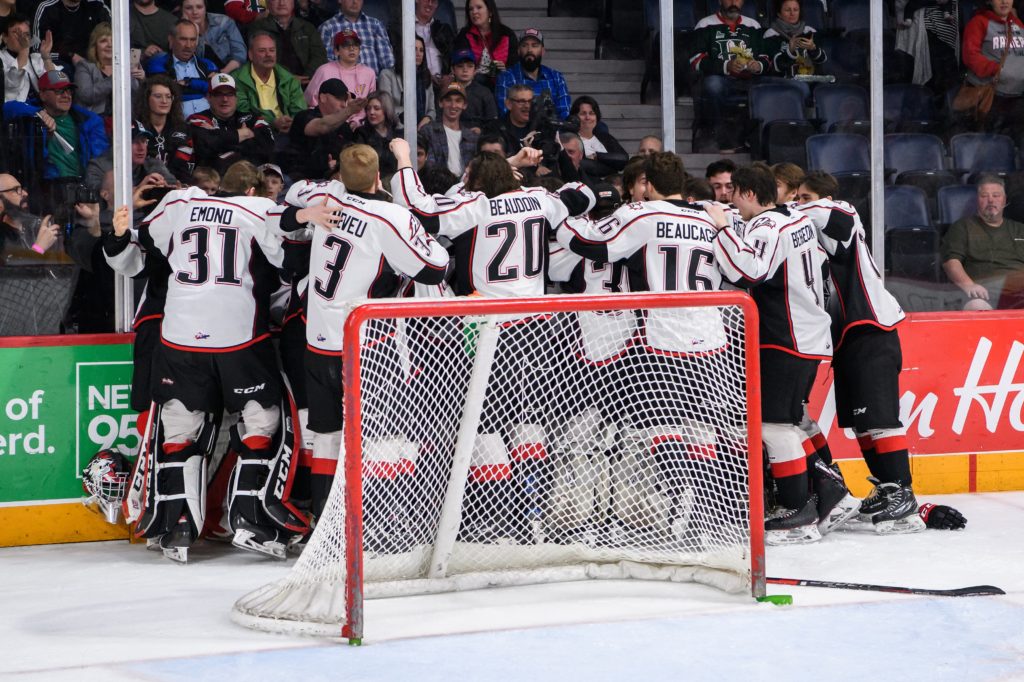 The Quebec Major Junior Hockey League (QMJHL) is proud to launch its 51st regular season in the city of our 2019 President Cup and Memorial Cup champions.

The 2019-2020 campaign kicks off tonight in Rouyn-Noranda as Huskies fans will join us in celebrating an incredible run as the team raises its championship banners.

Following an outstanding 50th anniversary celebratory season, the Commissioner’s office has established a new set of priorities for this season and beyond with the scholastic program at the forefront. A year ago, the league made significant changes to its scholastic policy. It is mandatory for all players to be registered in an academic program and to attend school, without exemption. The rule is simple: Players who do not attend school cannot play. It was a huge step forward for the league and its scholastic ambitions.

“The league has been a true leader in the development of an academic policy, but it needs to be better publicized and understood by the public,” shared QMJHL Commissioner Gilles Courteau. “We have to better educate our fans, our media and corporate partners as well as the public and put the emphasis on all the work that has been made and colossal efforts that continue to be made in order to offer our players the best possible environment in which to succeed both in the classroom and on the ice.”

The League will be the driving force behind a campaign focused on sharing facts on the success of its academic program as well as stories with its alumni.

The League is proud of the dramatic increase in scholarship amounts that have been awarded to former players who are pursuing their education following their QMJHL internships. This year, its financial commitments for the upcoming school year will surpass $1.2 million.

As part of the many initiatives to support its players, the League has allied itself with an all-new partner in Athlete RMS. The QMJHL becomes the first amateur league to use Athlete RMS. This platform is the world’s most advanced electronic medical record solution, helping teams to organize and analyze medical information to help treat injuries and provide the best possible treatment. The medical file will then follow the player should he graduate to the ECHL, the AHL or the NHL.

Moreover, Athlete RMS will help athletic therapists and team doctors monitor players with up-to-date data. Beyond the medical aspect, programmers have developed an educational component to the platform giving teams the ability to access a complete profile of each player both on and off the ice. Athlete RMS allows stakeholders to track every player’s academic profile.

The QMJHL would like to highlight the invaluable dedication and hard work of a group of valued Governors which mandates have come to an end.  A special thank you to Clovis Gagnon (Baie-Comeau), Jean Brousseau (Moncton), Joe Richard (Saint John) and John Greene (Acadie-Bathurst) for their outstanding support through the years.

Incredible talent of the ice

More than ever this year, hockey fans will be blown away by the talent on the ice and the quality of play. Fans in Quebec and the Maritimes will undoubtedly be spoiled by a flurry of young superstars. Top prospects for the 2020 NHL Entry Draft such as Alexis Lafrenière, Hendrix Lapierre, Théo Rochette, Justin Barron, Jérémie Poirier, Dawson Mercer, Mavrik Bourque, Vasili Ponomarev and Lukas Cormier are eager to jump onto the ice to offer a highly-skilled brand of hockey.

For those who would like to watch their favourite teams and players, more than 150 games will be broadcast this season, thanks to our TV partners: TVA Sports, Sportsnet, maTV, RogersTV, tvRogers, Eastlink and Optik TV.

Finally, some great events are just a few months away: