The QMJHL donates $50,410 to the Guy Lafleur Funds 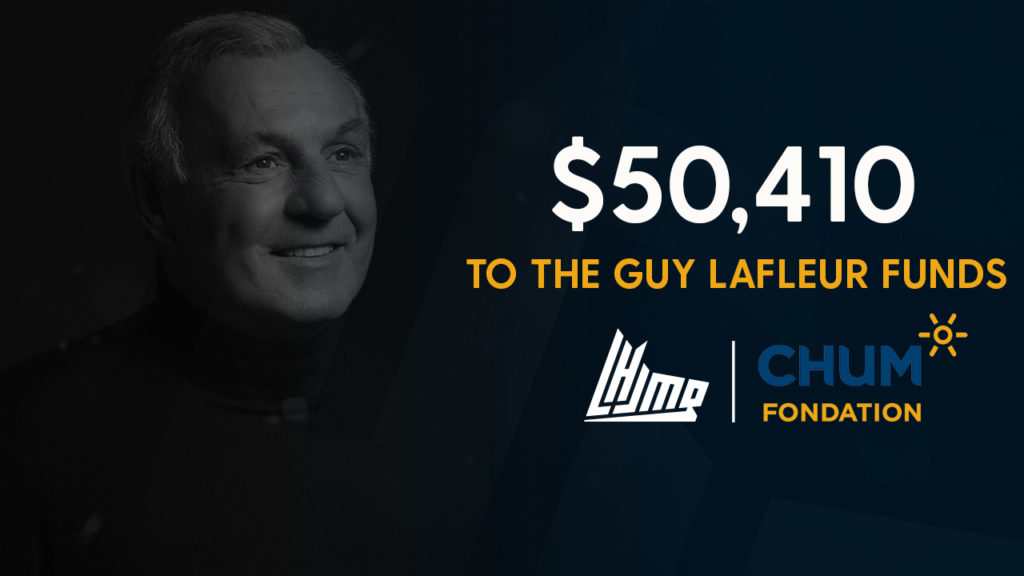 The Quebec Major Junior Hockey League and its teams today contributed $50,410 to the Guy Lafleur Funds, a campaign dedicated to raising money for cancer research. Guy Lafleur decided to support the CHUM’s Foundation as an ambassador while receiving treatment at the establishment. Guy is lending his support specifically to the oncology department.

“Guy continues to be an incredible ambassador for the QMJHL and we are committed to supporting him however we can,” said Commissioner Gilles Courteau. “No one has had more of a hand in the growth of the QMJHL. During our 50th anniversary celebrations, he was voted the League’s all-time greatest player ahead of exceptional players such as Mario Lemieux and Sidney Crosby. This donation allows us to give back to our community while supporting Guy and all the people that are fighting cancer.”

The league and its 18 teams made a symbolic $50,410 donation to this fundraising initiative. The “4” represents Lafleur’s number while he played for the Quebec Remparts from 1969 to 1971. The “10” was the number he made famous during his career in the National Hockey League.