The QMJHL announces officials for 2019 Memorial Cup presented by Kia 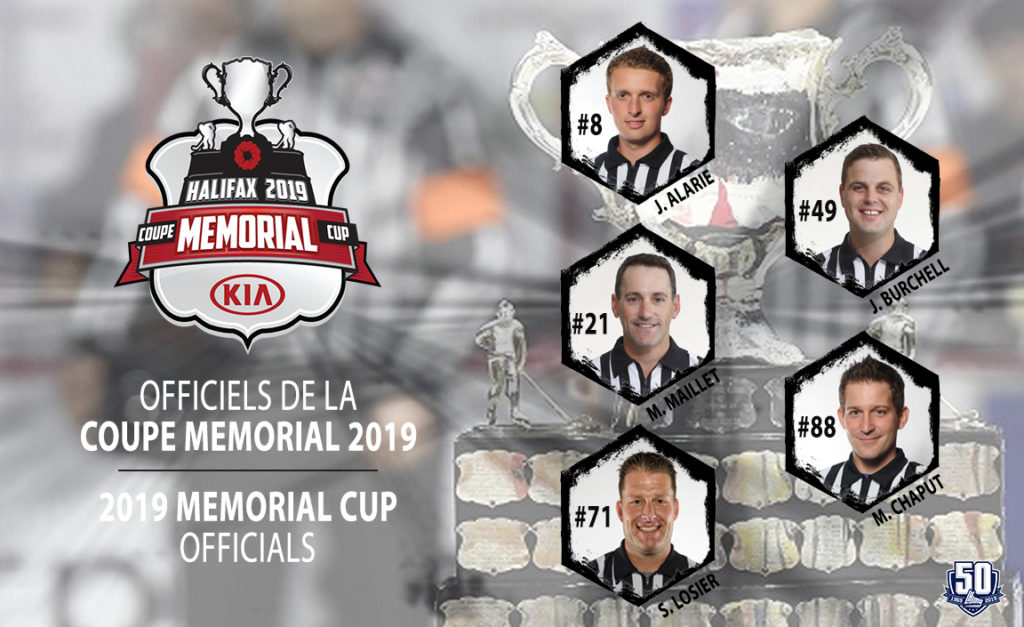 HALIFAX, NS – The Quebec Major Junior Hockey League today announced the selection of its officials who will be working at the 2019 Memorial Cup presented by Kia.

In total, there will be two referees and three linesmen from the QMJHL who will jump on the ice in Halifax during the Canadian Hockey League Championship held from May 17 to 26, 2019.

Here are the officials designated by the QMJHL for this event: