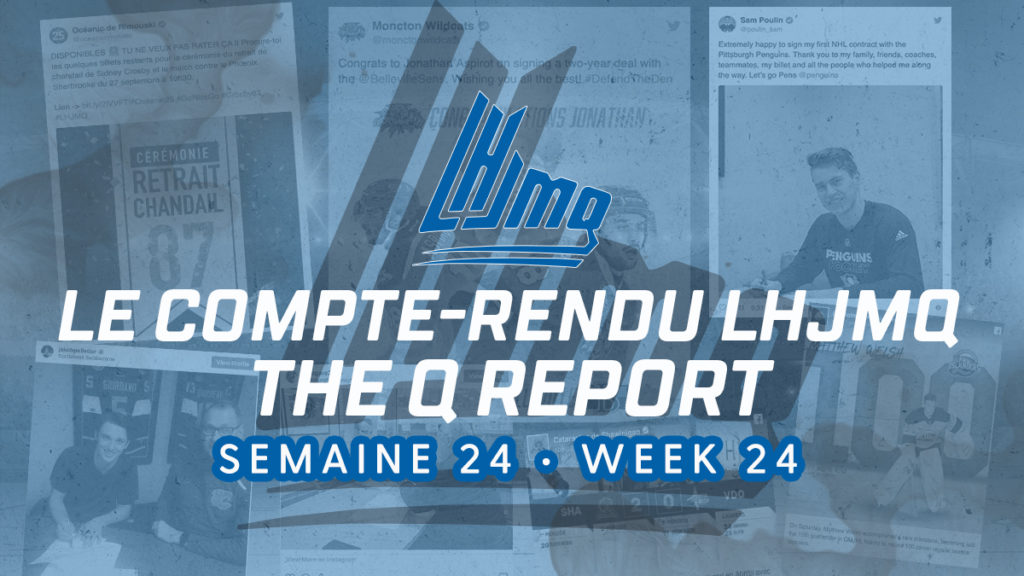 In the pros and in theatres, the “Q” continues to make headlines despite its activities being suspended because of the coronavirus outbreak.

Beaudin to the Bigs

Throughout his QMJHL career, Nicolas Beaudin’s stock continuously rose while he patrolled the blueline for the Drummondville Voltigeurs over the course of four seasons. His hard work was rewarded last week with a call up to the Chicago Blackhawks, the club that drafted him in the first round, 27th overall, of the 2018 NHL Entry Draft.

Congrats to @NicBeaudin92 and Brandon Hagel for playing in their first NHL game! #Blackhawks pic.twitter.com/fLPKg3Y33K

Two decades ago, Lower Sackville, Nova Scotia’s Gord Dwyer was an official in the QMJHL. Fast forward to the present day and Dwyer has now joined the exclusive list of NHL officials that have worked in 1000 games or more. Dwyer’s more memorable moments wearing the armband include working in three NHL outdoor games as well as the 2019 Stanley Cup Final.

Last year, the Huskies put together a season for the ages. The club’s march to the 2019 Memorial Cup Title was captured on film in the movie Brothers for Life – mémoires d’une saison, a 38-minute documentary by Martin Guerin produced in conjunction with the team. The film was recently part of the famous “Rendez-Vous Quebec Cinema” film festival.