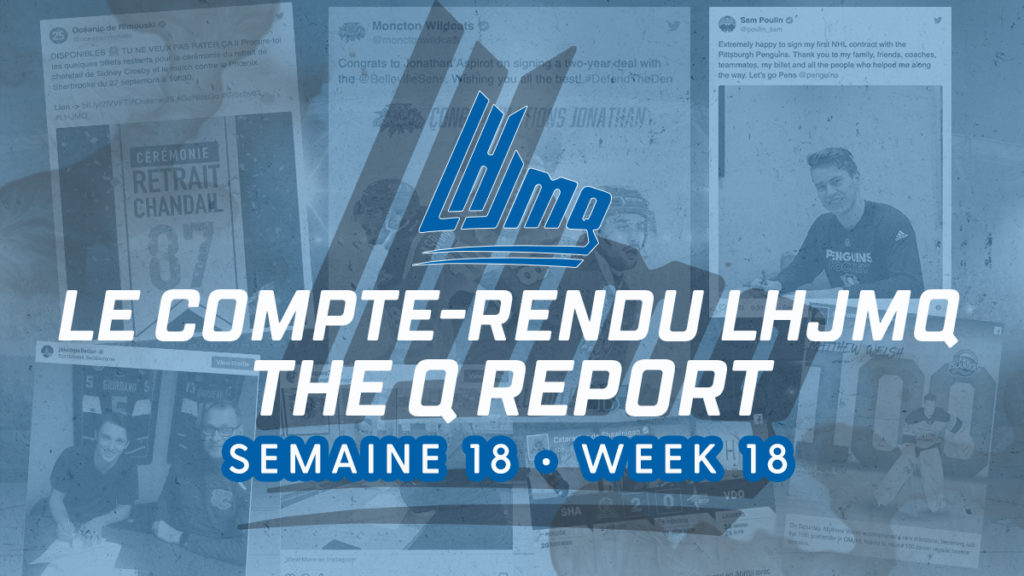 Talking it out, a milestone behind the bench and a record-setting shot make the headlines as the “Q” enters the final full month of the regular season.

With Bell Let’s Talk Day bringing mental health awareness to the forefront, the QMJHL is doing its part to ensure that message carries forward on a daily basis. In conjunction with the Canadian Mental Health Association (CMHA), the Talk Today program will be showcased by the league and its teams throughout the month of February. Through kiosks at all “Q” rinks, videos featuring league players and public service announcements, both the QMJHL and CMHA aim to heighten awareness and educate on the subject of mental health and suicide prevention.

The Talk Today program, which raises awareness about #MentalHealth, will continue following a partnership between the QMJHL, @AQPS_Quebec and @CMHA_NTL!#TalkToday 🗣️ | #QMJHL

Since arriving in Shawinigan as General Manager in 2007, Martin Mondou has achieved virtually every success at the QMJHL level. That hard work has been rewarded with Mondou’s appointment to the leadership group for Hockey Canada’s Program of Excellence. After leading the Under-17 program in 2018 and 2019, Mondou’s focus will shift to the Under-18’s. His first challenge will be to deliver results at the 2020 IIHF World Under-18 Hockey Championship, set to take place in Plymouth and Ann Arbour, Michigan from April 16-26.

Since returning from the 2020 World Juniors, Russian silver medallists Alexander Khovanov and Egor Sokolov have hit the ground running for the Moncton Wildcats and Cape Breton Eagles, respectively. They have combined for 30 points in 14 games since early January while suiting up for a pair of divisional foes intent on making a long playoff run this spring. Riding an active 13-game point streak each, both players are now in the Top 5 of the QMJHL’s scoring race.

#1 Goal Scorer in the league, say what? 🦅👍⁣⁣ ⁣⁣ Watch Egor in action tonight! Puck drops at 7pm as we battle the @monctonwildcats for our Colbourne Auto Charity game in support of Big Brothers Big Sisters. ⁣⁣Purchase your tickets at the Centre 200 box office, by phone at 902-564-2200 or online at the link in our bio. ⁣ ⁣⁣ Let’s go EAGLES! 👊

As well-known as Patrick Roy was in his playing days, the resume he continues to build behind the bench remains impressive in its own right. On Wednesday night, Roy’s Quebec Remparts emerged on the right side of a 4-1 decision over the Saint John Sea Dogs. For Roy, who guided the Remparts to a Memorial Cup title in 2006, the regular season victory was his 395th in the QMJHL as a Head Coach, tying him with Eric Veilleux for tenth all-time in that department. 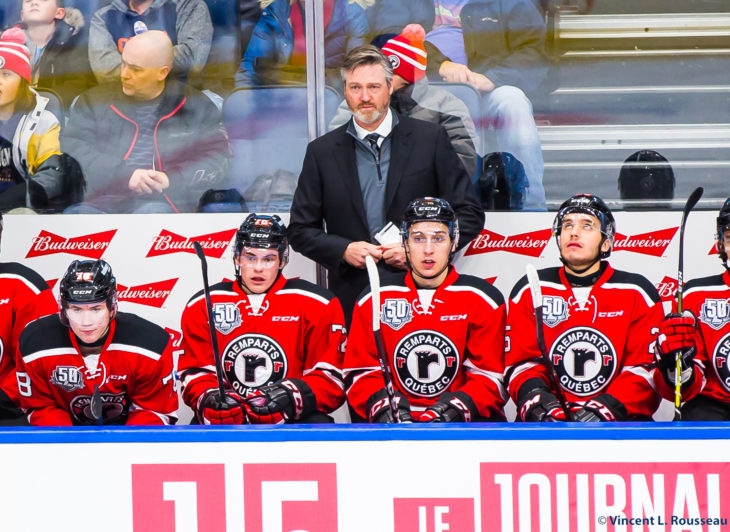 While donning the colors of the Halifax Mooseheads, Martin Frk was well known for setting up shop on the powerplay and finding the back of the net with his lightning quick shot. On Sunday night, the Czech forward reminded many “Q” fans of those glory days during the AHL All-Star Skills Competition. Suiting up for the hometown Ontario Reign, the 2013 Memorial Cup Champion delivered a 109.2 mile-per-hour clapper that shattered not only the previous AHL record (105.5 MPH by Colin Miller in 2015) but the NHL benchmark (108.8 by Zdeno Chara in 2011) as well!

Martin Frk of the @ontarioreign had the shot heard round the world at the #AHLAllStar game, shattering the old Hardest Shot record with a 109.2 mph blast! pic.twitter.com/N5z6nliMj6

Shooting Out the Lights (and Turning off the Lamp)

Rimouski’s Zachary Bolduc is just 24 games into his QMJHL career and he already seems to have gotten the hang of finding the back of the net. During a 7-0 triumph over the Voltigeurs last Wednesday, Bolduc produced the second hat trick of his “Q” career and his second against Drummondville!

While Bolduc was filling the net for Rimouski, Oceanic goaltender Colten Ellis was boarding his up; his 27-save effort helped guide his club to its 7-0 win over the Volts. The other two shutouts on the week occurred in front of the Wildcats’ cage as Dakota Lund-Cornish blocked 26 pucks and Olivier Rodrigue saved 18 in back-to-back shutout victories over Halifax and Charlottetown, respectively.