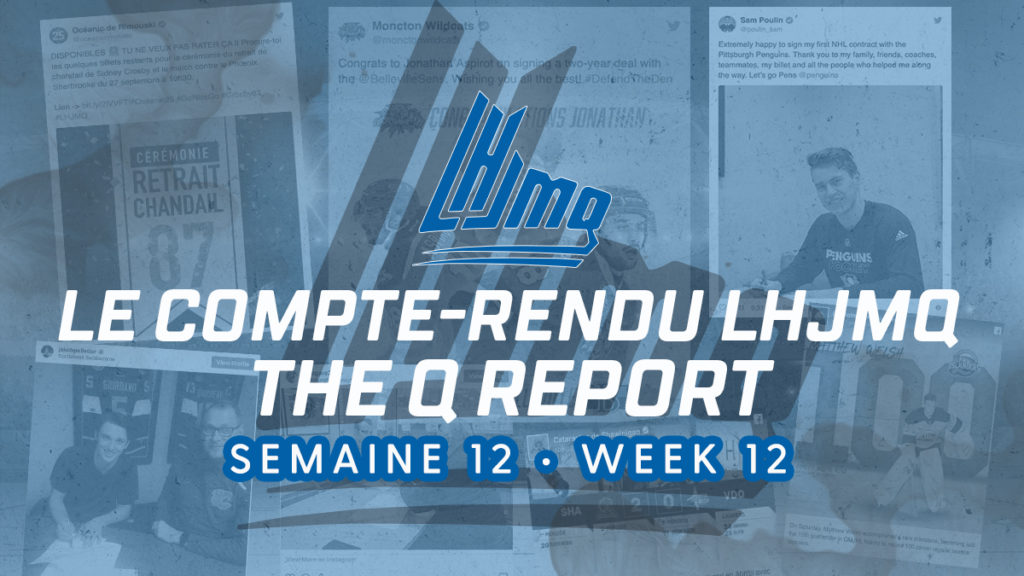 Players preparing to take on the world, a trio of accolades for league alumnus and turning back the clock in Chicoutimi. This week’s edition of The Q Report covers a wide array of topics.

Before Team Canada battles the rest of the hockey world at the 2020 IIHF World Junior Hockey Championship, its players must battle themselves to create the roster that will compete in that tournament. Team Canada’s selection camp, held in Oakville, Ontario from December 9-12, includes seven players from the QMJHL.

Up to the Challenge

While rosters are being determined for World Juniors competition, another Mooseheads forward will head to Western Canada to represent his country. Marcel Barinka will join Team Czech Republic at the 2019 World Jr A Hockey Challenge, taking place in Dawson Creek, BC from December 7-15.

Zack MacEwen’s road to the pros certainly didn’t follow a linear path. Undrafted into both the QMJHL and NHL, the Charlottetown, PEI native parlayed a 141-game QMJHL career with Moncton and Gatineau into a free agent contract with the Vancouver Canucks. MacEwen’s long and winding road reached another milestone on Tuesday night when he tipped a shot to score his first career NHL goal.

It was a fitting achievement on a night when the Canucks honored another league alumnus who went undrafted in both the QMJHL and NHL. Alex Burrows slugged through over 100 games in the “Q”, the ECHL and the AHL before earning a 913-game NHL career. Burrows, who retired in 2018, was inducted into the Canucks’ Ring of Honor during the pre-game ceremony.

Manon Rhéaume was the first woman to play in the NHL. Now she'll be immortalized with a life-size bronze statue outside Quebec City's Videotron Centre https://t.co/IKrJf4FAvr

On February 7, the Chicoutimi Sagueneens will take a page from their own notable history for a worthwhile cause when they wear a set of circa-1980 throwback sweaters. After donning the threads originally sported by the likes of Guy Carbonneau and Gilbert Delorme, the players will hand over their jerseys, which will then be autographed by Carbonneau himself, before being auctioned off to support CORAMH, a local organization dedicated to eliminating hereditary diseases.

A post shared by Saguenéens de Chicoutimi (@sagueneensdechicoutimi) on Dec 4, 2019 at 9:04am PST

A trio of hat tricks in the “Q” last week held a recurring theme; memorable firsts.

On Friday night in Charlottetown, center Thomas Casey made his first-career trick stand out as he completed it with the overtime-winner in the Islander’s 4-3 win over the Foreurs.

Thomas Casey gets his first career hat-trick tonight in the @IslandersHKY 4-3 OTW vs. the Foreurs. @Eastlink @QMJHL #HockeyFightsCancer pic.twitter.com/es7jUOdgsx

Finally, Gabriel Fortier turned things up a notch with his first ever four-goal night in the circuit, leading the Drakkar to a 7-4 triumph over Gatineau.

#CHL Player of the Night is @TBLightning prospect @forts_9 of @DrakkardeBaieCo who closed out November in style scoring the first 4️⃣🚨 game of his @QMJHL career: https://t.co/G45meDuQI1 pic.twitter.com/xnMMcFAn6w

The week also saw a pair of shutouts. Thomas Sigouin’s made it three whitewashes on the year as his 36-save effort helped guide Sherbrooke to a 3-0 victory over Quebec on Saturday. On the same night in Halifax, Alexis Gravel turned aside all 32 shots he faced for his seventh career shutout in the Mooseheads’ 3-0 win over the Armada. 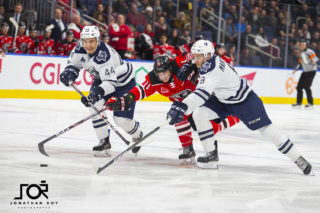 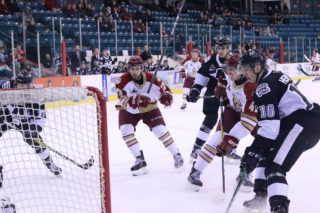 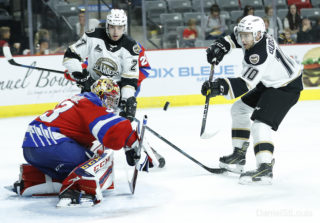