The Q for Everyone
by
Will MacLaren 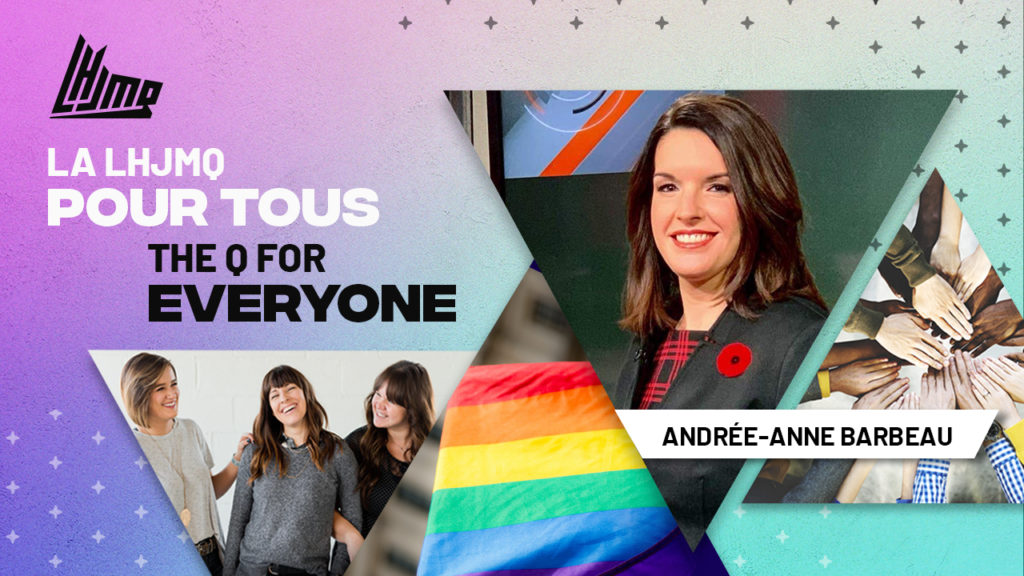 Ask Andree-Anne Barbeau what precipitated her love of both sports and journalism and she may be at a loss for an answer. Talk to her a while longer and the love of both aspects of her job shine through.

So does an appreciation for those who helped her succeed in a male-dominated world.

In recent years, Barbeau has plied her trade at the NHL level, presenting games for first the Montreal Canadiens, then the Ottawa Senators on RDS. For nine seasons leading into her breakthrough to the world’s top league, she was one of the best-known personalities to cover the QMJHL, first on a local broadcasting affiliate in Chicoutimi, then with TVA Sports.

Much like the players and coaches she was covering, Barbeau’s experience was an education into both the nuances of broadcasting and the life within the game.

Barbeau experienced the same prejudice that plagues most women who entertain employment in hockey media; proving to certain people that she was there “for the right reasons”. As unfair and, sadly, predominant as that mentality is within hockey circles, Barbeau overcame any conspiracy theorists to become one of the best in the business – male or female – to cover the junior game in recent years.

With any number of controversial incidents emerging beyond the grasp of those in the game who remained silent, sometimes for years, Barbeau is aware of the role she wants the media to play in order to make hockey safer for everyone. Issues cannot be ignored and accountability from all – players, staff, executives and media alike – is critical. It is her hope that all that is wrong with the sport is discussed with greater regularity in order to make hockey that much better in the end, both on and off the ice.

Meanwhile, Andree-Anne Barbeau continues to live her dream, season in and season out, while never forgetting her time in the QMJHL, a period she still holds close to her heart.

It’s her mix of humility, passion and determination to reach the next level that has made her a role model for young girls looking to find their place in the game, whether it be with a stick or a microphone.