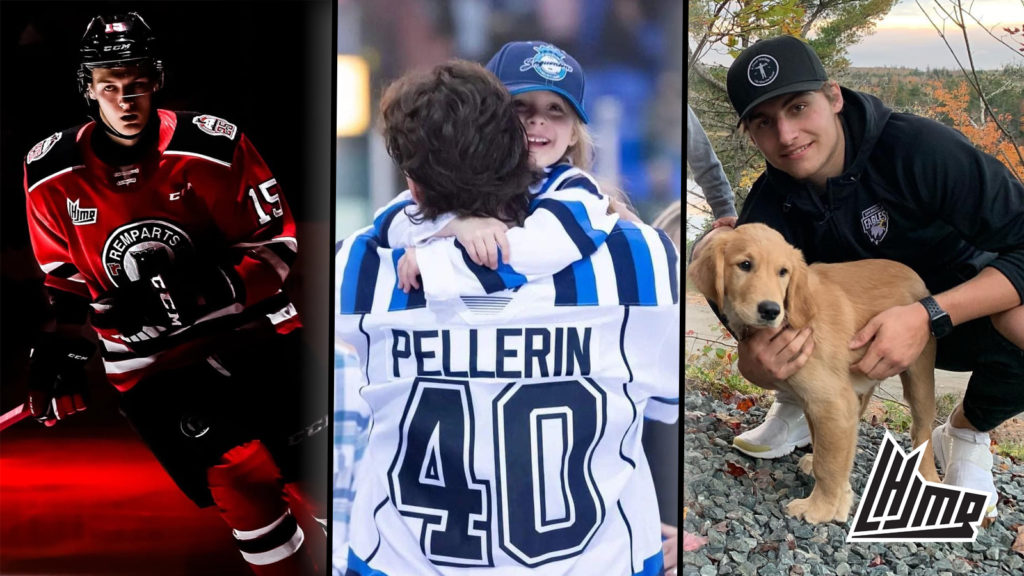 Social media is an integral part of today’s society. Whether we like it or not, the different platforms have become a means of communication that give unprecedented access to the different sports leagues as well as their teams and athletes.

In a circuit such as the QMJHL, most of the players can be found on one or more social media platforms. Whether it’s on Facebook, Instagram, TikTok or Twitter, there is a wide variety of content being produced by players around the league.

This season, the QMJHL wanted to highlight three players who stood out on their digital platforms. Here are the three social media stars of the 2021-2022 season.

Zachary Bolduc has been very involved on social media this season. During his NHL draft, he participated in the creation of a YouTube video that glanced over his hockey career and his preparation for the draft.

Bolduc’s presence is mostly on Instagram though, through several posts and numerous stories. These posts are usually about the team and their results. He has also partnered with a company that specializes in healthy breakfasts, with the goal of demonstrating the importance of the first meal of the day for young athletes, and has also as promoted some off-ice training gear. In addition to traditional photos, Bolduc also published montages made in-house by the Remparts.

Bolduc is also present on Twitter. He uses his bank of followers and his notoriety as an elite player to promote the Remparts’ successes, the importance of fans to the team and healthy lifestyle habits. During the pandemic, he used his digital media to connect with fans as he could not do so in person.

Lucas Canning is here for very different reasons than Bolduc. In fact, it’s not to highlight the left winger’s presence on his own social media accounts, but on someone else’s!

Indeed, Lucas Canning can be found countless times on the TikTok account of Ashley Ryan, the mother of his Cape Breton billet family. Alongside his little billet sister, Canning can be found in several videos where the pair performs all sorts of choreographies and challenges.

The videos posted by Ryan not only show the importance of billet families for QMJHLers, but also the strong bonds that players in the league can form with their “second family”.

Both on and off the ice, Chicoutimi Saguenéens captain Michaël Pellerin has been a positive role model for his teammates. This includes his presence on social media.

In his fourth season with the Sags, Pellerin has taken his role as captain seriously by getting more involved in the media sphere. Since his return to Chicoutimi last September, there are almost only Saguenéens posts on his social networks.

The defenseman comments or likes the majority of the publications in which he is mentioned, and he even took the time to wish some fans a happy birthday. This shows just how close he is to his fans.

Why is Pellerin said to be a positive influence on social media? Because even in a world of adversity such as the QMJHL, the captain hasn’t held back from congratulating the good moves of his rivals online, who are often good friends off the ice.

On his Instagram account, the first thing that can be read is the Saguenéens slogan: Fier d’être Sags (Proud to be Sags). And it’s no surprise that the majority of his pictures are of him with the club – there’s no one prouder to be a Sags than Michaël on the team!