The 2018 Golden Puck Awards: a night to remember! 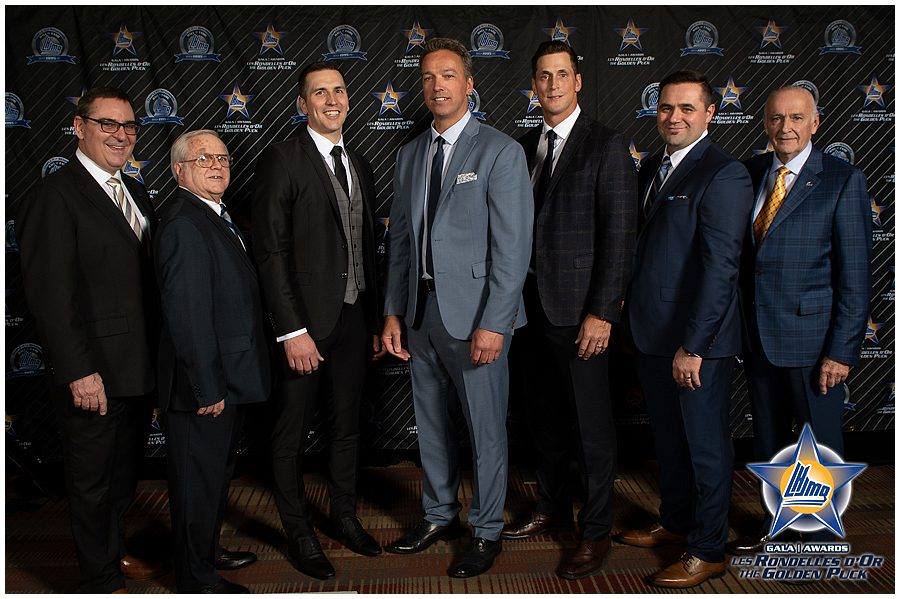 BOUCHERVILLE, April 4, 2018 – The Golden Puck Awards, presented annually by the Quebec Major Junior Hockey League, were held this evening at L’Étoile Banque Nationale in Brossard. Twelve prestigious trophies were awarded to the most deserving players and personalities of the 2017-2018 season. Furthermore, five junior hockey legends were inducted into the prestigious QMJHL Hockey Hall of Fame.

Hosted by Sébastien Goulet and Louis Jean, the evening was a resounding success.

New Hall of Famers Danny Groulx, Stéphane Quintal, Marc Denis and Vincent Lecavalier as well as Raymond Taylor, the son of inductee Eric Taylor (posthumous), all jumped back down memory lane and shared great stories form their lives and careers. They inspired the players in attendance, who might one day make their way into the prestigious institution.

Harvey finished his season with the best save percentage (0.930) as well as the best goals-against-average (2.10). He also won 30 out of a possible 45 games.

At only 16 years of age, Lafrenière finished second among rookies in goals (42), assists (38) and points (80) as well as finished first in plus/minus differential among rookies with a +35 rating.

The captain of the Armada is also a leader on the ice and in school, excelling in Natural Sciences at Cégep St-Jérôme.

Émile-Bouchard Trophy – Defenseman of the Year

Galipeau recorded 25 goals and 74 points, first in both categories among defensemen. However, it was not to the detriment of his defensive play as he maintained a plus/minus differential of + 39.

The 19-year-old forward put up impressive numbers for the Armada, registering 32 goals and 33 assists while finishing the season with only 14 penalty minutes in 65 games.

The Laval native has consistently shown that he can have an impact on and off the ice. Whether it be through fundraising, blood drives or just spending time with fans; if there’s something going on in the community, you can bet that you’ll find Tremblay-Lapalme there to support it.

The Océanic GM and Head Coach had a very productive season, adding several key pieces to an already solid roster. He traded for Colten Ellis, a young goaltending phenom, as well as drafted future pillars in Alexis Lafrenière, Christopher Inniss, and Mathieu Bizier.

It was a record-breaking season for the Montmagny native as he finished the season with 116 points (53 goals and 63 assists), tops in both categories this year.

Zadina finished first among rookies in scoring (44 goals) and points (82). He is ranked second among North American skaters in the midterm rankings for the 2018 NHL Draft.

Paul-Dumont Trophy – Personality of the Year

Ducharme was just about everywhere this season, leading team Canada to gold at the World Junior Championship and coaching in the CIBC Canada Russia Series. He also took part in the 2018 QMJHL Winter Classic and helped the Voltigeurs finish 5th in the overall standings.

The 20-year-old forward surpassed himself in every possible way this season, setting career highs in points and breaking numerous franchise records including: goals, points and consecutive games with at least one point. He was a key factor in the Armada’s securing the league’s top spot in the overall standings. 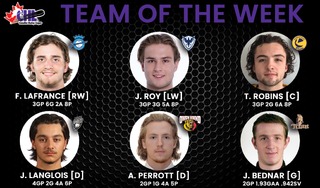 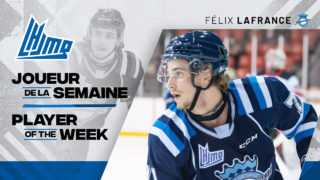 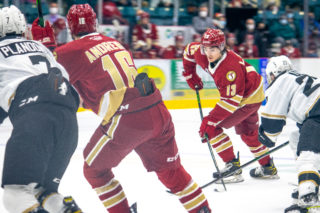 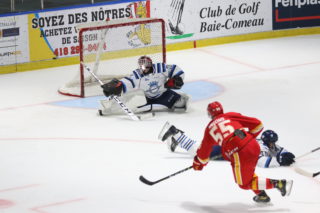 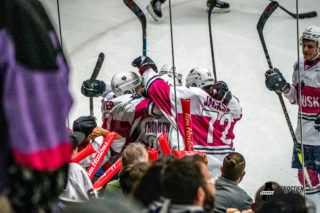