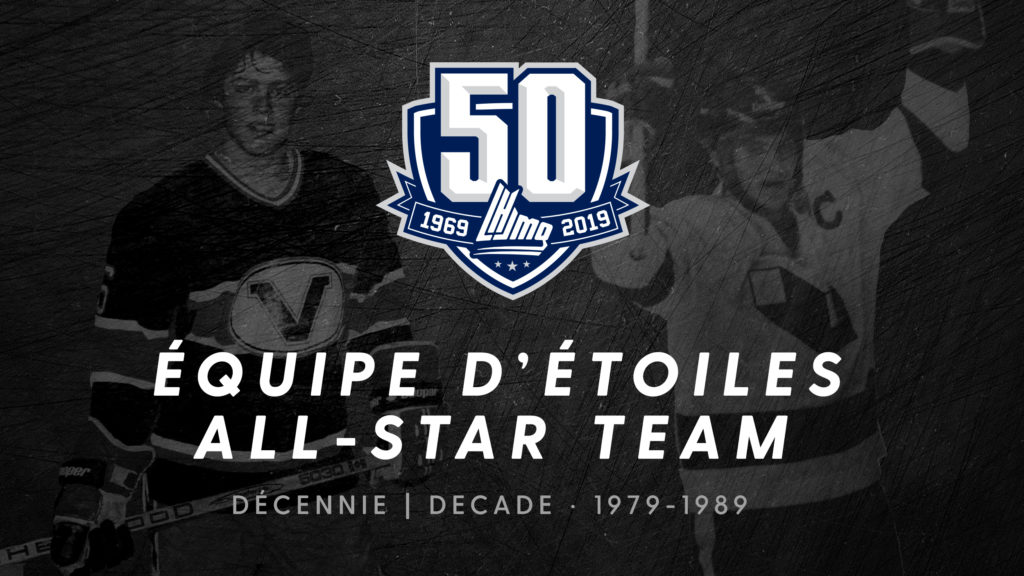 For this second segment, the QMJHL reveals below the list of players and coaches who sparkled in the 1980s. These 25 individuals each played a role in the rich history of the QMJHL, as proven by the 18 who are already in the QMJHL Hall of Fame.

This 80s contingent is of course dominated by the great Mario Lemieux who reigned over the league from 1981 to 1984. While playing for the Laval Voisins, the big No. 66 remarkably posted a 282-point season that included 133 goals – two records that are not about to be approached, let alone ever beaten. In the 1983-84 season, Lemieux was held off the scoresheet only once and picked up at least one point in his team’s first 61 games. Lemieux would run away with the league’s scoring title that year, finishing a whopping 112 points ahead of his closest rival and teammate Jacques Goyette.

The 80s also saw the league’s first player to ever score 100 goals as a rookie. At the tender age of 17, American-born Pat Lafontaine enjoyed a dream season with the Verdun Junior with 104 goals and 130 assists, which catapulted him to becoming the first pick of the New York Islanders at the 1983 NHL Entry Draft.

A small forward standing only 5-foot-5 was also able to prove that size doesn’t matter in the 80s; Patrice Lefebvre put up 595 points in four seasons, including 200 points in 1987-88 alone while with the Shawinigan Cataractes. His whopping total of 595 career points still stands as a Canadian Hockey League record.

On the blue line, the 80s were known for the emergence of several offensive-minded defencemen like Gilbert Delorme, Pierre Sevigny, Billy Campbell and Jean-Marc Richard, to name a few. Delorme and Richard are the only two d-men in the league’s 50-year history to ever post two 100-point seasons. Billy Campbell, for his part, is the only Q blueliner to ever score 100 career goals. Rounding out the list of 80s QMJHL defencemen are Yves Racine, Sylvain Cote and Normand Rochefort who each were dominant during their days in the league before then enjoying good careers in the pro ranks.

The 1980s were also the decade which saw QMJHL goalies begin their reign of dominance. The trio of netminders singled out by our panel were Robert Desjardins, Corrado Micalef and Stephane Fiset. Standing at only 5-foot-5, Desjardins remains the only goalie to take part in three consecutive Memorial Cups with three different teams. Unfortunately he lost in the final in 1985 with the Shawinigan Cataractes and in 1986 with the Hull Olympiques, before being elimnated in the 1987 preliminary round with the Longueuil Chevaliers. Corrado Micalef wasn’t very tall either at 5-foot-8 but he knew how to keep pucks out of the net for the Sherbrooke Castors. As for Stephane Fiset, he led Team Canada to gold at the 1990 IIHF World Junior Hockey Championship to cap off his three superb seasons with the Victoriaville Tigres.

The two coaches selected are Pierre Creamer and Pat Burns. Burns led the Hull Olympiques to the final of the 1986 Memorial Cup after his team had a perfect run of 15 straight wins. As for Creamer, he led his teams to President Cup titles in 1983 (Verdun Junior) and 1990 (Laval Voisins) before emulating Burns and making the jump to the NHL in the 1980s.