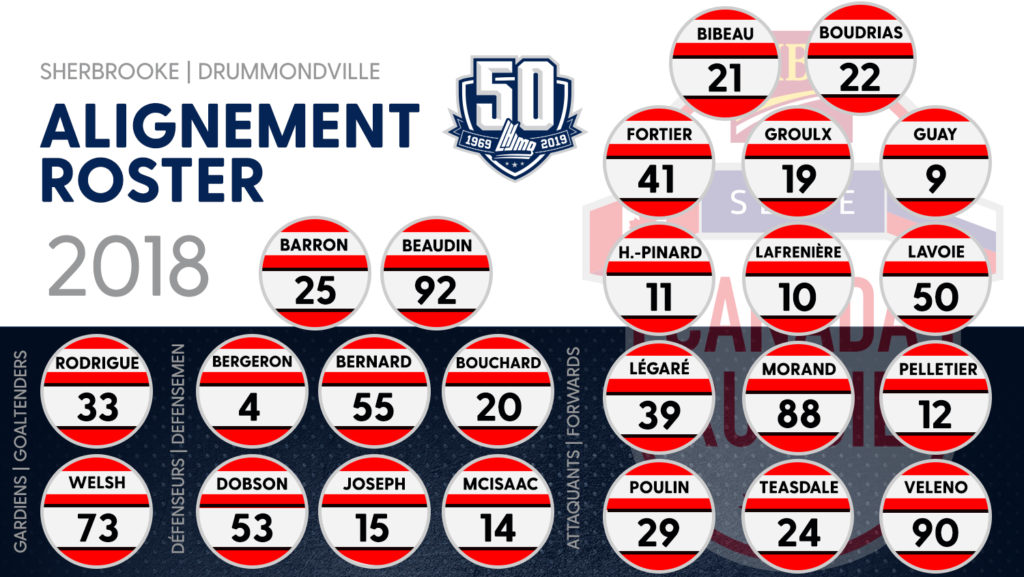 BOUCHERVILLE, QC – The Quebec Major Junior Hockey League, in association with the Canadian Hockey League, the Sherbrooke Phoenix, the Drummondville Voltigeurs and Hockey Canada, announced today the QMJHL’s roster which will compete against Team Russia as part of the 2018 CIBC Canada Russia Series.

The Phoenix will play host to game five of the series, which will be held at the Palais des Sports Léopold-Drolet on Tuesday, November 13, while the Voltigeurs will host the the final game of the series, which will be presented at the Centre Marcel-Dionne on Thursday, November 15. The Western Hockey League is set to host Games 1 and 2, while the Ontario Hockey League will welcome Games 3 and 4. All six games will be broadcasted nationally on both Sportsnet and TVA Sports.

Here is the complete lineup ahead of the 2018 CIBC Canada Russia Series:

Team QMJHL will be under the supervision of head coach Jim Hulton who returns to the Under-20 Program of Excellence for the first time in over a decade having previously won a silver medal in 2004 and a gold medal in 2005 in assistant coaching roles with Team Canada (U20).  Now in his fourth season behind the Charlottetown Islanders bench, Hulton makes a second straight appearance at this event after assisting Dominique Ducharme in a pair of Team QMJHL victories last season in Charlottetown and Moncton.