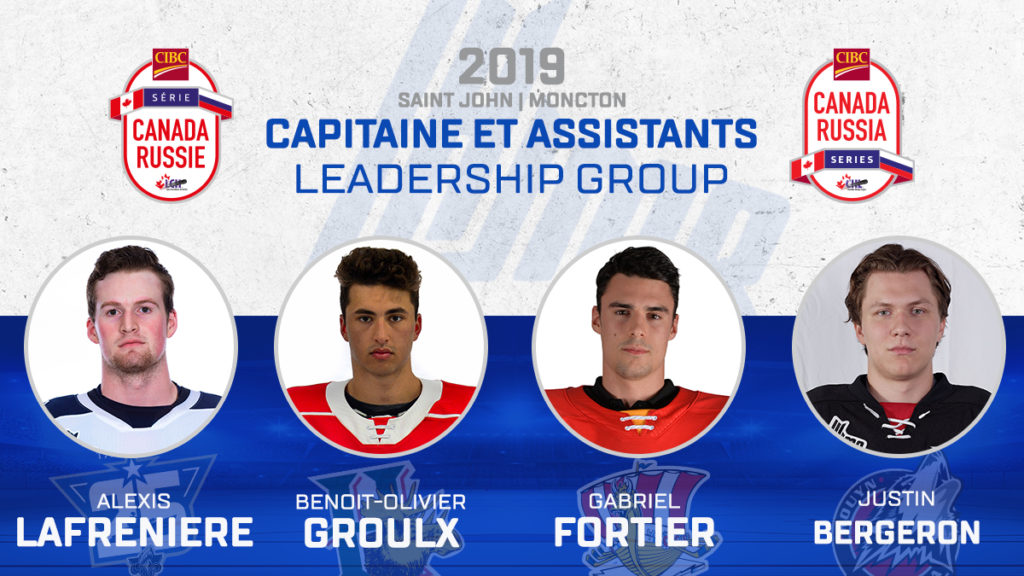 Lafrenière is in his first year as Océanic captain after wearing an “A” during his sophomore campaign. Selected first overall in the 2017 QMJHL Entry Draft, the 18-year-old forward flashed his skill early on in his career posting 80 points, including 42 goals, during his rookie season. After an outstanding performance at the 2018 Hlinka-Gretzky Cup, the Saint-Eustache native reached the 100-point mark in 2018-2019 which earned him the Michel-Brière Trophy as the League’s MVP and the CHL Player of the Year Award. Lafrenière will be representing Team QMJHL in the event for the second time of his career.

Groulx is in his fourth year in the Quebec Major Junior Hockey League. The first overall selection of the 2016 QMJHL Entry Draft, Groulx has scored 81 goals and posted 101 assists in 207 games with the Halifax Mooseheads. The 6ʻ02ʺ forward was taken with the 54th overall pick of the 2018 NHL Entry Draft by the Anaheim Ducks. After a successful training camp, the Ducks signed Groulx to a three-year entry-level contract earlier this month. Groulx is making his third straight appearance in the Series.

As for Fortier, the Tampa Bay Lightning made him their second-round pick, 59th overall, during the 2018 NHL Entry Draft which was held in Dallas, Texas. He signed his first NHL contract on December 2018 with the Lightning. In 175 games, Fortier has maintained a 0.98 point-per-game pace thanks to his 77 goals and 95 assists. Fortier will be taking part in the CIBC Canada Russia Series for the second time.

Although Justin Bergeron has not been drafted by an NHL franchise, he received an invitation to Columbus’ training camp this past summer. A fourth-round pick by Rouyn-Noranda in the 2016 QMJHL Draft, he helped the Huskies to a President Cup and Memorial Cup last season. The Magog native will also be taking part in the CIBC Canada Russia Series for the second straight year.

The 2019 CIBC Canada Russia series is proudly supported by title partner CIBC, and associate sponsors Kia Canada, Cooper Tires and Kubota Canada.  All games will be broadcast nationally on Sportsnet and TVA Sports.