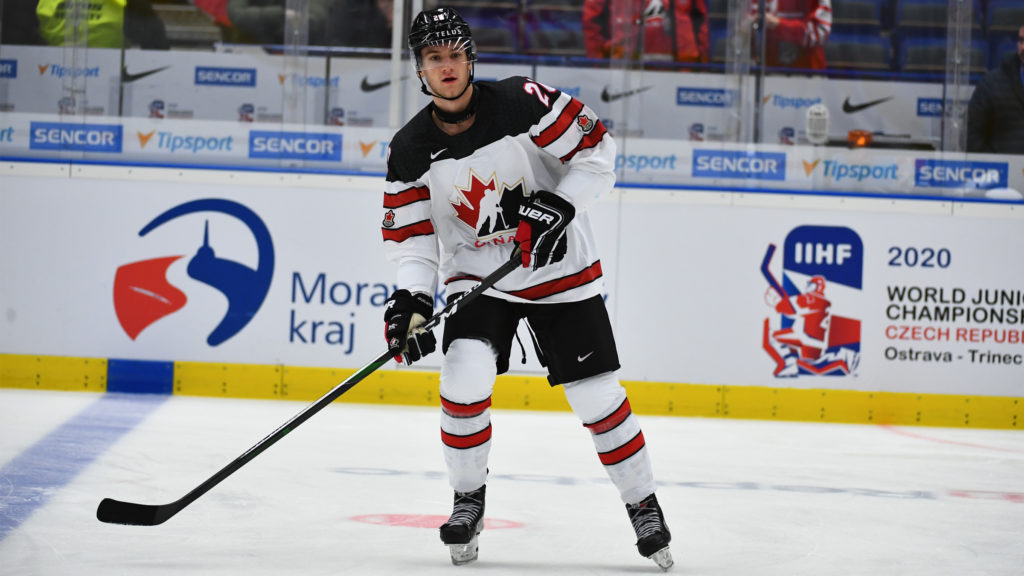 It’s a Sunday afternoon; day four of the 2020 IIHF World Junior Hockey Championship in Ostrava and Trinec, Czech Republic. It’s an off day for Team Canada. Except that it isn’t.

Regardless of whether or not there’s an actual game to be played, when it comes to this nation and, especially, this tournament, the national program takes a page from the book of Bill Belichick – “No Days Off”.

For Dawson Mercer, whose meteoric rise to Canadian hockey prominence has been one of the stories of the tournament so far, this suits him fine. It’s that same daily pursuit of improvement that has brought him to Europe in the first place.

“I just try to get better every day,” Mercer explains. “Also, away from the rink, I just try to be a better person. That’s the biggest thing for me. I just want to be better today than I was the day before.”

A fitting mantra for a guy who’s becoming a hotter topic in junior hockey circles with each passing day.

Followers of the QMJHL have known Mercer’s name for some time. Drafted eighth overall by the Drummondville Voltigeurs in the 2017 Draft, the winger from Bay Roberts, Newfoundland came into his own with last year’s powerhouse Volts squad, averaging almost a point per game for what was the top offensive squad in the league.

Still, that wasn’t enough to put Mercer on Team Canada’s radar for its summer evaluation camp. Like much of what has taken place in his young career – both good and bad – it was something Mercer simply took in stride.

“A lot of improvement can occur [in a short time],” he said. “Even though I wasn’t invited to summer camp, I knew there were several months until the actual tournament. The way I looked at it, if I put in the time and just kept on the path, the opportunity would come. Of course, the strong start in Drummondville and during the CIBC Canada Russia Series helped quite a bit in getting me to this point.”

That strong start in Drummondville – 42 points in just 26 contests – has kept the surprising Voltigeurs in the top half of the overall standings. Add to the mix the aforementioned performance in the CIBC Canada Russia Series last month, as well as an “A” rating in the initial NHL Central Scouting rankings for the 2020 NHL Entry Draft, and the call from Team Canada appeared to be the next logical step for Mercer.

That call, incidentally, is one moment Mercer still has a hard time putting into words. Although he may stand out when it comes to playing the game, talk to the kid from Bay Roberts and those most endearing characteristics shared by so many Newfoundlanders – a level-headed charm augmented by a fierce sense of pride – rushes to the surface in much the same way Mercer himself has over the past few months.

Ask him how it feels to be the first Newfoundlander to play in the tournament in a decade and you can hear his smile through the phone.

“It was a huge goal to get on the roster,” Mercer proudly commented. “Coming from a small town like Bay Roberts, I’ve gotten plenty of texts and messages wishing myself and the team luck. It was just a feeling of having finally accomplished it. I can’t explain the emotions that come through when you get news like that. It’s an honor to represent my country and put on the maple leaf.”

Mercer also has a piece of home with him in the Czech Republic; his mother, father and siblings having made the trip over. “It wasn’t a tough decision for them to get on a plane and come over,” he says with a laugh.

All of this just goes to show that Mercer has no problem remembering where he came from. That holds true not only for his hometown, but for his junior town as well.

“[When I got drafted] I kept my options open, but I also vowed to commit if I went to camp. I’m glad I did. It’s been a great experience in Drummondville. I wouldn’t trade my time in the “Q” for anything.” 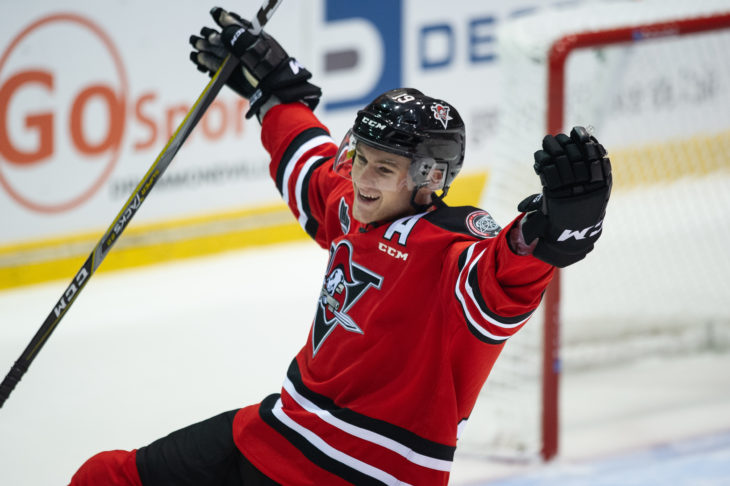 And as successful as Mercer’s year has been so far, there’s a lot of road ahead. After the demands of Team Canada are in the rear-view mirror, it’s back to the “Q” and a potentially a long playoff run, wherever that might take place as trade rumours involving his name continue to swirl. After that, it’s the required preparations for the NHL Entry Draft.

Regardless of what the future holds, Mercer’s mindset remains not only unwavering, but could be a secret weapon for both him and his Canadian teammates as they continue to face pressure from every direction.

“I try to keep things in a smaller perspective,” he points out. “I don’t put too much emphasis on the long term. There are some things you just can’t change or control. For me, I just want to keep playing the game I love and hope to improve every shift and every game.”

With a driving principle like that, it’s a safe bet that we’ll be seeing many more successful shifts and games from Mercer in the years ahead. 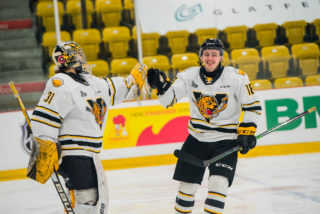 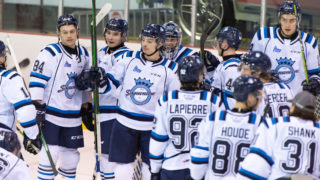 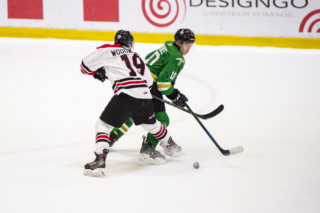