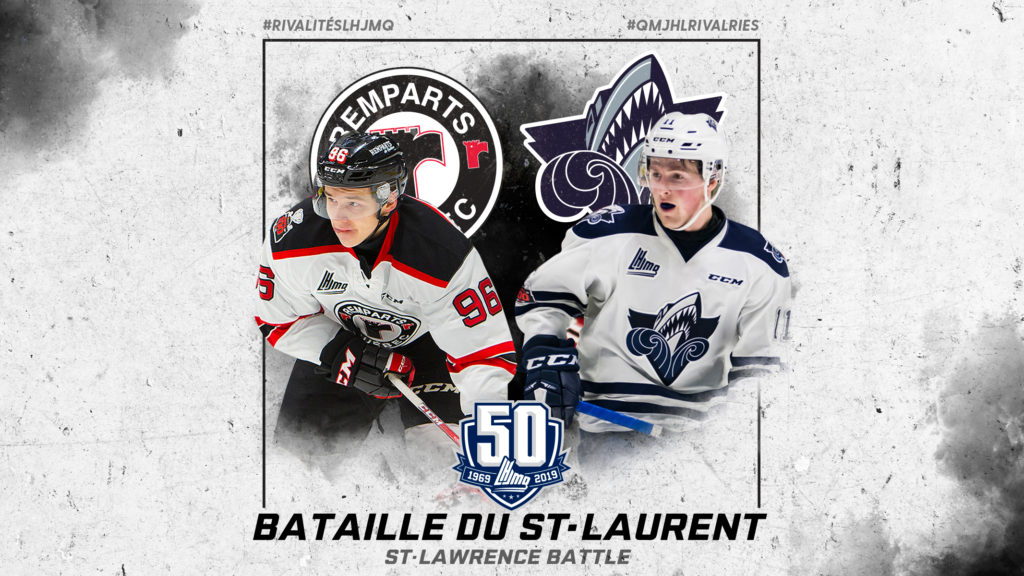 Over the past two decades, meetings between the Rimouski Oceanic and the Quebec Remparts can never be likened to a relaxing cruise down the river.

With the teams counting the likes of Vincent Lecavalier, Brad Richards, Eric Chouinard and Simon Gagne, as well as head coaches Doris Labonte and Guy Chouinard, who were pioneers of this ferocious ongoing rivalry between the Oceanic and Remparts.

Sure, this rivalry is in part geographical, but it is also one that is family-related as it features the Tanguay family as owners of both franchises; with Maurice in Rimouski and son Jacques in Quebec. And it’s Maurice’s grandson Alexandre who has since taken over the reins in Rimouski.

Tensions were common in the past and sparks still fly today, much to the delight of fans on both sides of this 325 km divide.

Both teams’ passionate fans are energized by the performances of their star athletes, blue collar players that mix things up, as well as off-ice factors that can also spice things up at times.

This battle of the Saint Lawrence is at the heart of the architect of the QMJHL schedule’s planning each year.

“Rimouski-Quebec games have their own unique flavour”, admits Olivier Garneau, a 20-year-old who spent four seasons with the Remparts before being invited to end his junior career with the Oceanic.

In the heat of the action at age 16

As early as his first year in the QMJHL, Garneau dove head first into this rivalry.

That year, after their eight regular-season meetings served as a mere appetizer, fans were treated to an epic seven-game playoff series between the bitter rivals that ended in double overtime!

Remparts fans still haven’t forgotten that goal by Michael Joly scored on the power play, much to the delight of head coach Serge Beausoleil’s team.

Philippe Boucher’s squad then got a measure of revenge at the Memorial Cup at the Quebec Colisee where the Remparts defeated the Oceanic in the tiebreaker game. “Those are unforgettable moments”, adds Garneau.

“Those games were always so intense and physical. Even though a lot of the players know each other well off the ice and even sometimes get together over the offseason, there were never any friends out on the ice”, confirmed Garneau, who co-leads the Oceanic with nine goals this so far in 2018-19.

This two-game set will kick off on Friday night at the Colisée Sun Life in Rimouski, before continuing at the Centre Vidéotron in Quebec City on Sunday afternoon. These are definitely two showdowns not to be missed for all Quebec junior hockey fans!