Stéphane Quintal: “It’s important my close ones be there” 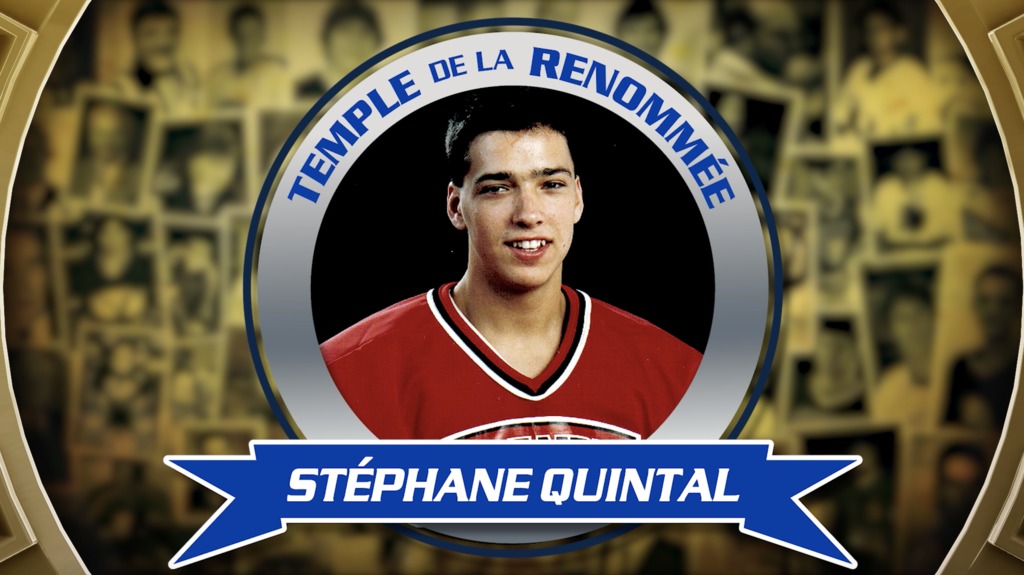 Stéphane Quintal earned his living both with his elbows and his overwhelming will to contribute to his team’s success. This would be the key to his long career in the NHL. Some big sacrifices had to be made in order to succeed, both by him and by his family.

“I was really honoured when QMJHL Commissioner Gilles Courteau announced my induction into the QMJHL Hall of Fame. My first thoughts were of my parents. My dad passed away from cancer at 88…but he will be there along side me for this momentous occasion. My family has been behind me all the way,” offered the former member of the Granby Bisons and Hull Olympiques.

His family lived in Boucherville and the 180-kilometre round trip that separated them from the Granby Bisons certainly didn’t prevent them from going back and forth to see him.

“My parents were there every game. It was my older brothers who taught me to play in the first place. I practiced with every member of the family, including my sister. I was privileged to be surrounded and supported by them, so this induction into the Hall of Fame, it’s a family affair,” he said, humbly. Quintal played for 15 years in the NHL.

It didn’t take Quintal long to establish himself as one of the Bison’s pillars. After seasons of 19 and 54 points – and 178 penalty minutes – he had a delayed start to 1987-1988. After recovering from a tear in his abdomen, he took part in the scoring on 21 occasions in only 23 games. That year’s eventual President Cup champions, the Hull Olympiques, negotiated for his services.

“I will always remember that trade because we were playing in Hull that same night. I got out of our team bus and for the first time ever, I had to put my equipment in a strange locker room. It sure was something to face my former teammates for the first time,” he laughs.

That trade would forever leave its mark on his career, and not just because his new team would go on to be the playoff champions.

“It was then that I met Alain Vigneault, who would coach me later in the NHL. He is the one coach I could most rely on, as much in junior as in the NHL. I’m really happy for all the success he’s had over the years.

In the footsteps of Brendan Shanahan and Rob Blake

Since 2014, the NHL’s Senior Vice President of Player Safety, Stéphane Quintal in 2017, gave up his tough-guy role with the Canadiens to George Parros.

Quintal is now helping him with the transition and would, in the not too distant future, follow in the footsteps of Robe Blake and Brendan Shanahan, the current GM of the LA Kings and President of the Toronto Maple Leafs.

“I would like to work in a team’s hockey operations. For the moment, I want to live close to my kids in Montréal, but in a few years, I certainly would never say no to that kind of challenge.”

Quintal played more than 1000 games in the NHL, playing for the Bruins, Blues, Jets, Canadiens, Blackhawks, and the Rangers.

For a boy from Québec, his 7 years in the Canadiens’ red, white, and blue were the best of his career.

“I will never understand why Québécois players refuse to play here. It sucks when you lose, because the fans here are hockey connoisseurs and demanding ones at that. But when you’re winning, they give back double, triple as much as any other fans. Playing in Montréal is great. The fans love their team and that’s priceless,” he sums up.