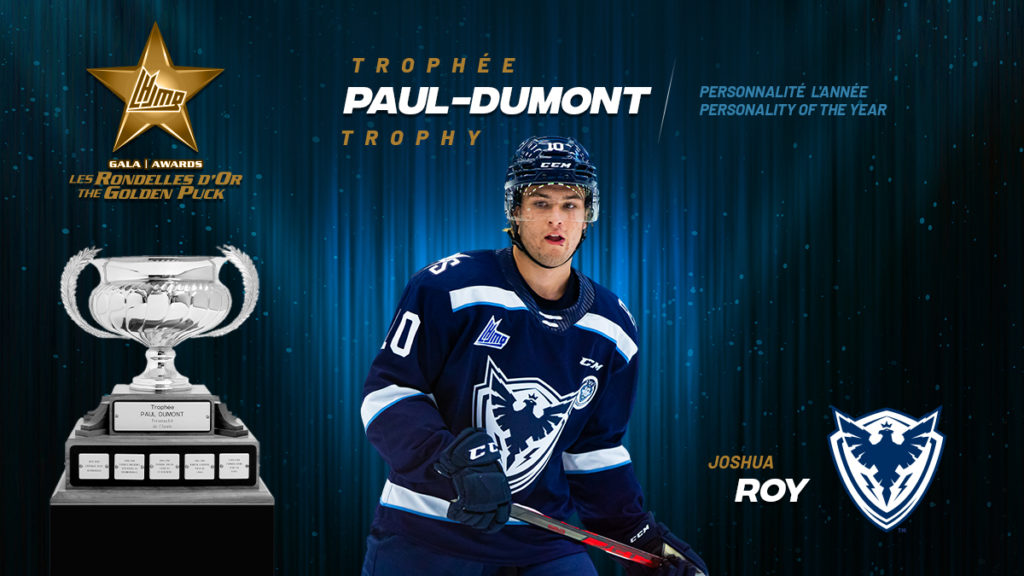 The Quebec Major Junior Hockey League handed out one of its most prestigious trophies before tonight’s game between the Charlottetown Islanders and the Sherbrooke Phœnix.

Sherbrooke forward Joshua Roy was awarded the Paul-Dumont Trophy (Personality of the Year). Roy earned the trophy for being an important ambassador for the QMJHL and for his positive impact in media circles. The trophy was brought out to centre-ice by his parents while his longtime minor hockey coach, Simon Larouche, revealed the winner on the jumbotron.