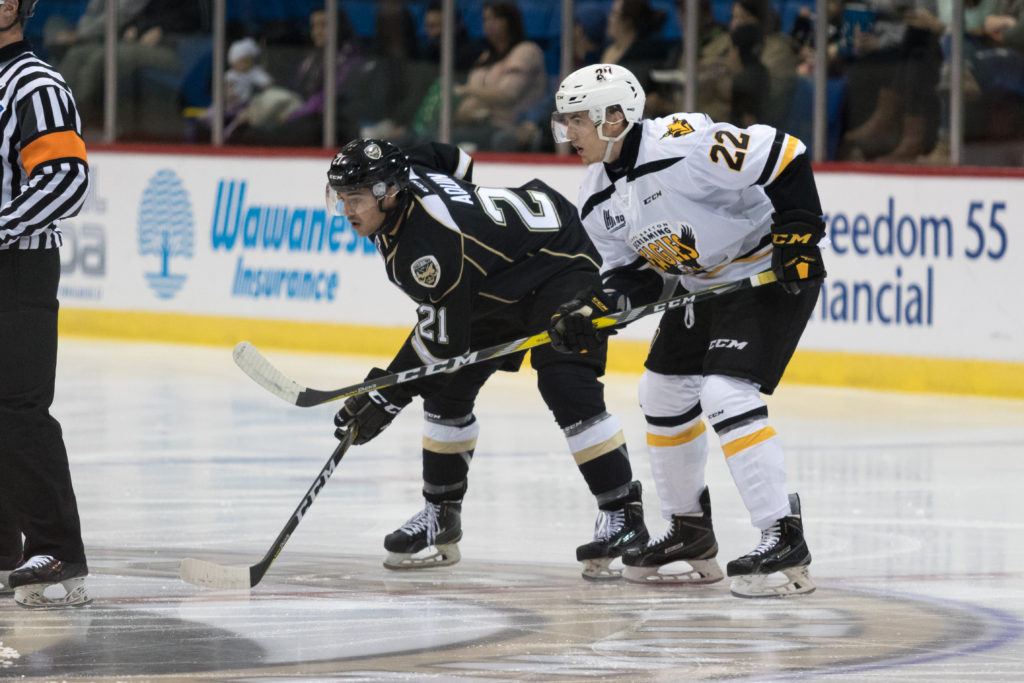 The Charlottetown Islanders and Cape Breton Screaming Eagles were tied through 58 minutes of hockey in Sydney, N.S. on Friday night. Those final 90 seconds proved to be the decision maker with Cape Breton scoring twice to win 5-3.

Massimo Carozza scored for the Screaming Eagles to put them ahead at 18:30 and Tobie Paquette-Bisson added an empty netter 30 seconds later to seal the deal.

Filip Chlapik, Kameron Kielly and Carl Gervais scored for the Islanders in the loss.

Matthew Welsh was in goal for the Islanders, while Kevin Mandolese picked up his first QMJHL win in the Screaming Eagles net.

The Screaming Eagles lead the shots 29-23 and had control of the game early on with Phelix Martineau scoring just 3:40 into the game.

At the 10-minute mark Drake Batherson made it 2-0 with his third of the season.

The Islanders’ Filip Chlapik scored his sixth goal in four games at 12:34 to cut the lead to one. Guillaume Brisebois and Cody Donaghey had the assists.

Kameron Kielly beat Mandolese just 47 seconds later for his fifth of the season to tie the game. His linemates Jake Coughler and Mitchell Balmas got the assists.

In the second period, Martineau scored his second of the contest for Cape Breton at 3:14.

In the third period, Carl Gervais scored on a Jake Barter rebound at 4:50 to tie the game at 3-3.

The Islanders had a late powerplay at 16:27 but couldn’t score. As the penalty expired, Carozza scored for the Screaming Eagles with Paquette-Bisson’s goal coming 30 seconds after that.

The Islanders are back at it tomorrow night against the Mooseheads at 7PM when they travel to the Scotiabank Centre in downtown Halifax.

You can listen online at islesradio.com starting with the pregame show at 6:50.

Don’t forget to pick up your tickets for Monday’s matinee against the Moncton Wildcats at the Eastlink Centre!