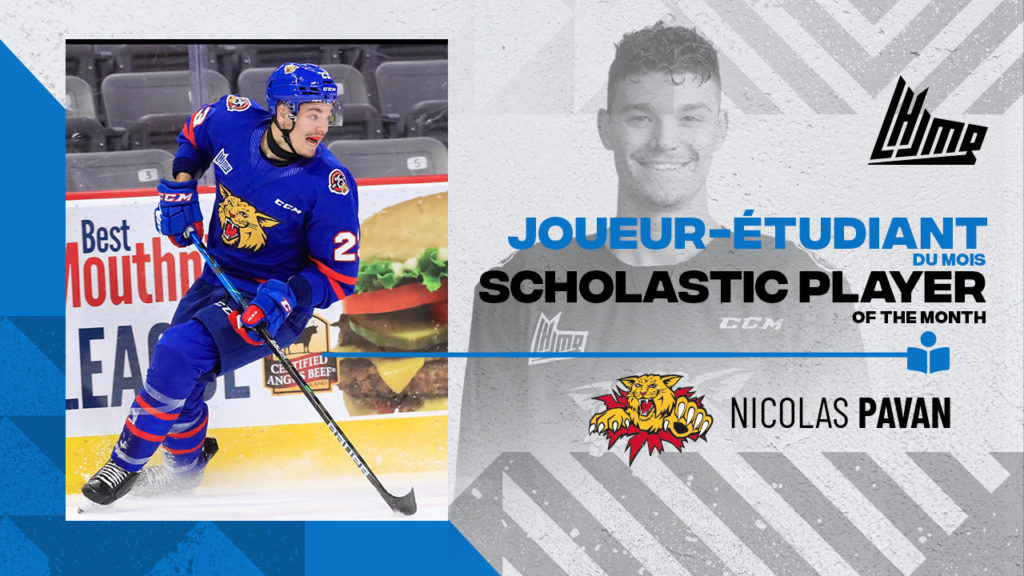 Nicolas Pavan officially joined the Wildcats roster in 2020 and has been and incredible addition to the team in many ways.  As a fluently bilingual Quebec student, Nicolas earned his Secondary Diploma from John Rennie High School in Pointe-Claire, Quebec. In his Secondary 5 year, he was called up to play with the Wildcats on a number of occasions and was able to work on his courses from a distance.

Last year, while in Moncton full-time, Nicolas decided to complete his grade 12 in the New Brunswick school system.  This was no small task as he had to complete a total of six courses that year.  Thanks to a lot of hard work and determination, he successfully completed his grade 12 year at Bernice MacNaughton High School and has now moved on to university.

This year, Nicolas was accepted as an independent student at Concordia University.  The field of business is what interests him the most and so far he is excelling in both of his courses as a first-year university student.  In fact, he’s done so well to date that he’s expressed interest in tackling an extra course on top of the required number next semester.

Because of his excellent work ethic and the high-quality work he has produced as both a high school student last year and a university student this year. Nicolas has been named October’s Student of the Month for the Moncton Wildcats.  It is a very competitive field in the Wildcats classroom with so many high-performing students, but Nicolas stood out this month and we are very proud to acknowledge his achievements.

*Text by Sarah Noseworthy, Academic Advisor for the Moncton Wildcats