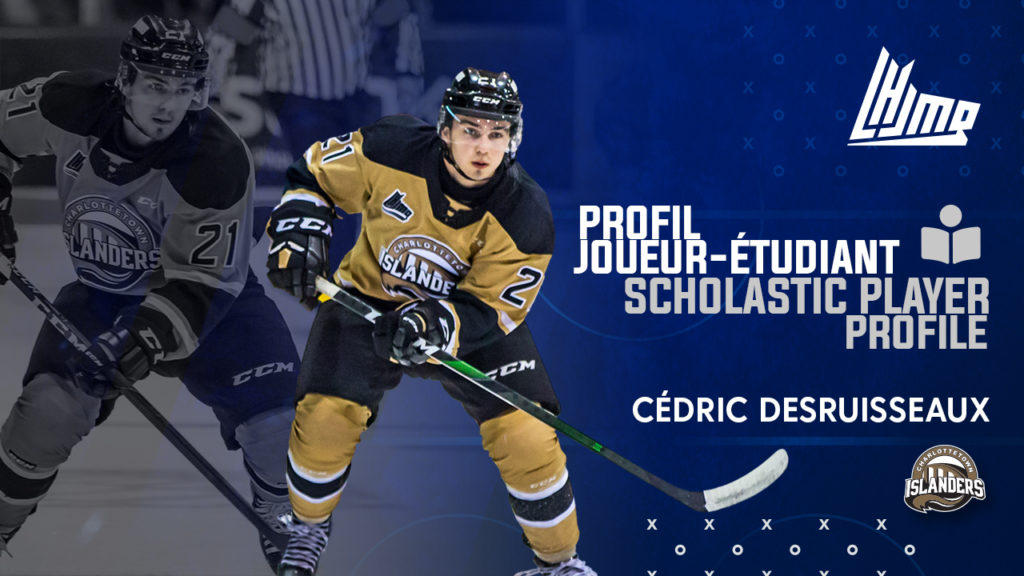 Cedric Desruisseaux kicked off his final season in the QMJHL and second with the Charlottetown Islanders with the intention of leaving his mark one last time.

The 20-year-old forward has had his share of success on the ice as he currently leads the entire QMJHL with his 11 goals in nine games. He also finds himself tied for fourth spot among the league’s top scorers this season with 16 points up to this point.

But the Victoriaville, Quebec native has had success away from the rink as well.  He’s also been excelling at school. The forward, who’s currently studying through Cégep à distance, has shown tremendous discipline by adding two courses to his Fall semester, on top of both Summer classes he was about to finish.

The man who was selected by his peers to serve as an assistant captain for the Islanders this year is known for his perseverance and leadership, two qualities that define his approach towards school. Following practices at the rink, Desruisseaux is often the first one to get to class to keep up with his schoolwork, and he is usually the last one to leave it.

By all accounts, that seems to be a winning recipe for the forward who, up to this point this season, has been able to maintain an average of 88% in his classes.