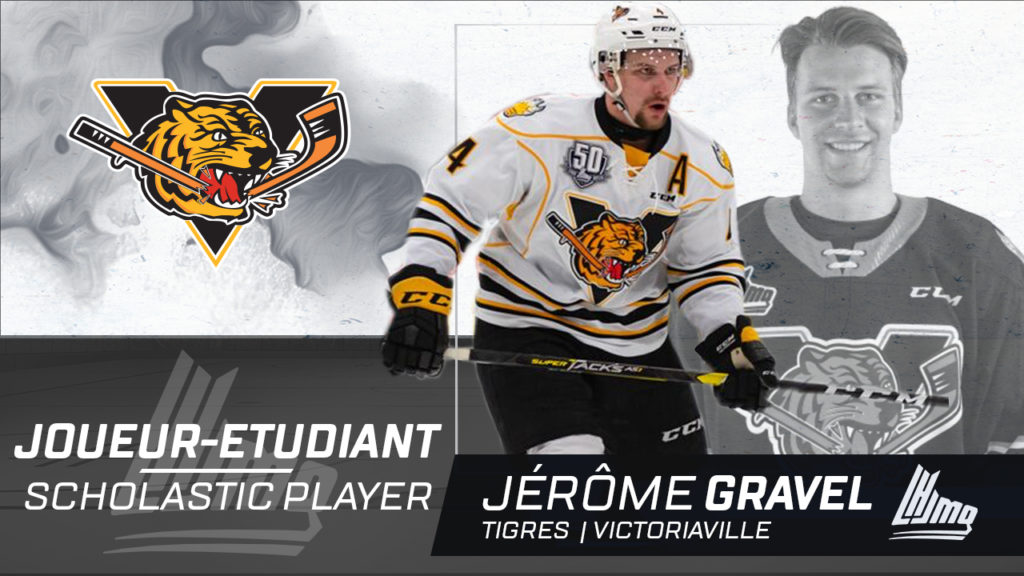 This blue line quarterback not only has undeniable leadership in the player’s locker room, but also at the academic level. On top of always staying up to date with his own courses, Gravel frequently puts together evening study groups. Many of his Tigres teammates show up to them while he acts as their tutor. It’s pretty easy to see that he has a very positive influence on all of his peers.

Gravel took two classes last summer in order to obtain his degree in Social Science from Cégep de Victoriaville in September. Today, he is taking university classes at the TÉLUQ that will lead him towards an eventual law degree. Last season, Gravel was one of three finalists for the Marcel-Robert Trophy, awarded annually to the QMJHL player who has the best combination of academic and sports achievements.

Here is an interview of Gravel following his nomination for the Marcel-Robert Trophy: