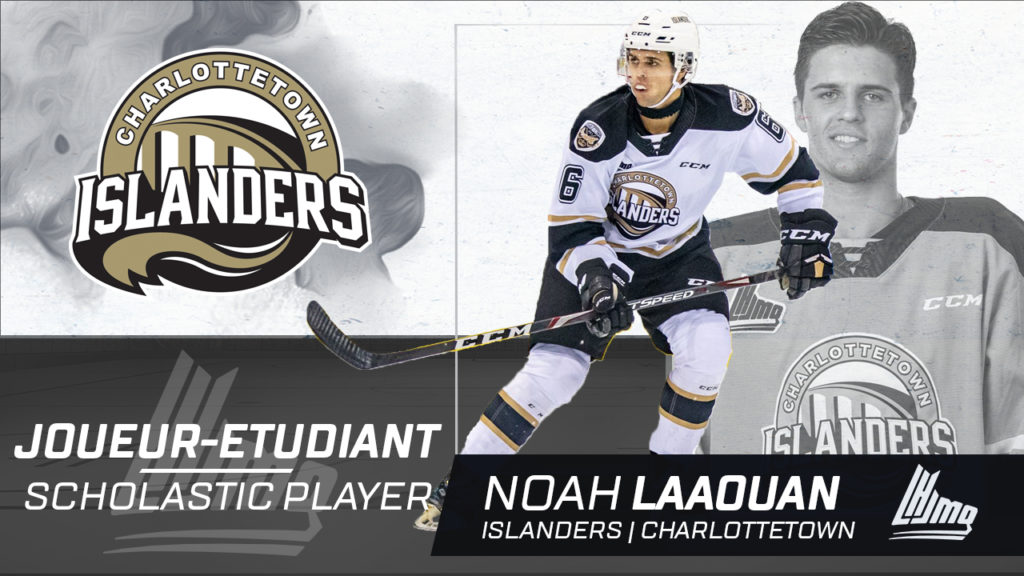 Islanders’ 18-year-old defenseman Noah Laaouan is currently playing in his second season with Charlottetown after being traded by the Cape Breton Eagles last season.

Despite the change of scenery, Laaouan did not let himself get distracted on the school side of things. Having graduated high school, the native of Halifax, Nova Scotia, recently signed up at the University of Prince Edward Island (UPEI).

A student-athlete who loves new challenges, Laaouan began taking classes in the school’s Business program. After his first semester, he’s taken part in three courses from his program and has completed them all with an average over 80%.

The QMJHL would like to use this occasion to congratulate Noah Laaouan for this accomplishment and wishes nothing but the best for him in his future studies!