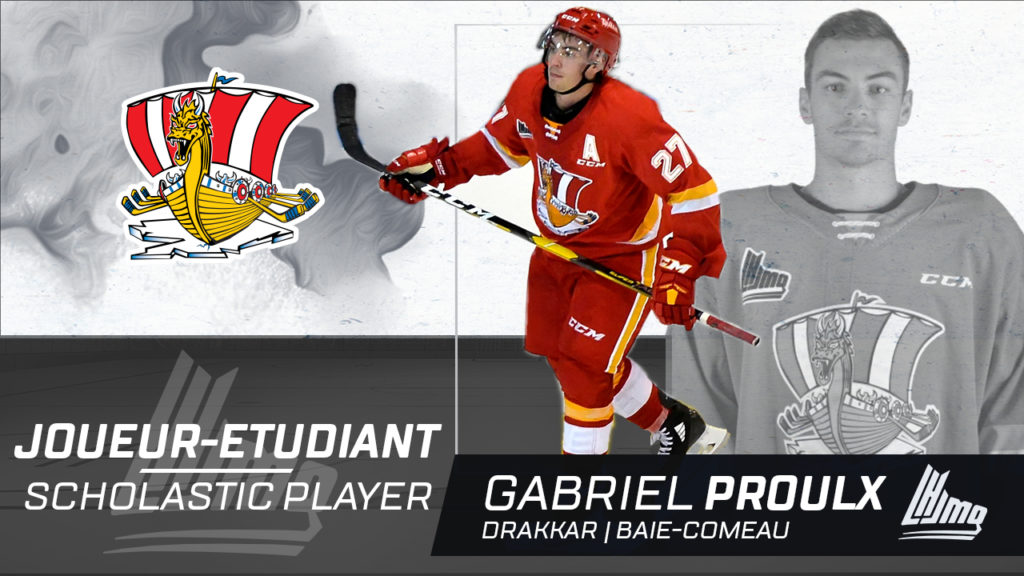 The Drakkar’s 20-year-old forward, Gabriel Proulx, is in his first season with Baie-Comeau after spending the past three campaigns with the Cape Breton Screaming Eagles.

Despite that, the Beloeil native didn’t waste any time fitting in with his new team. Proulx is a true leader; whether it’s on the ice, in the players’ dressing room or in class, he never hesitates to lead by example for his peers.

The one who wears an assistant captain’s “A” on his Drakkar jersey regularly helps his teammates with their classes, homework and study sessions. And he’s proud to do so.

The right winger who just earned his Cégep degree needs to be recognized for his all his efforts since he obtained his degree by completing more than two thirds of his classes online. Knowing the discipline and strictness that are required to complete online courses during the hockey season grind, this is much to his credit.

The QMJHL would like to congratulate Gabriel Proulx for this accomplishment and wishes nothing but the best for him in his future studies!