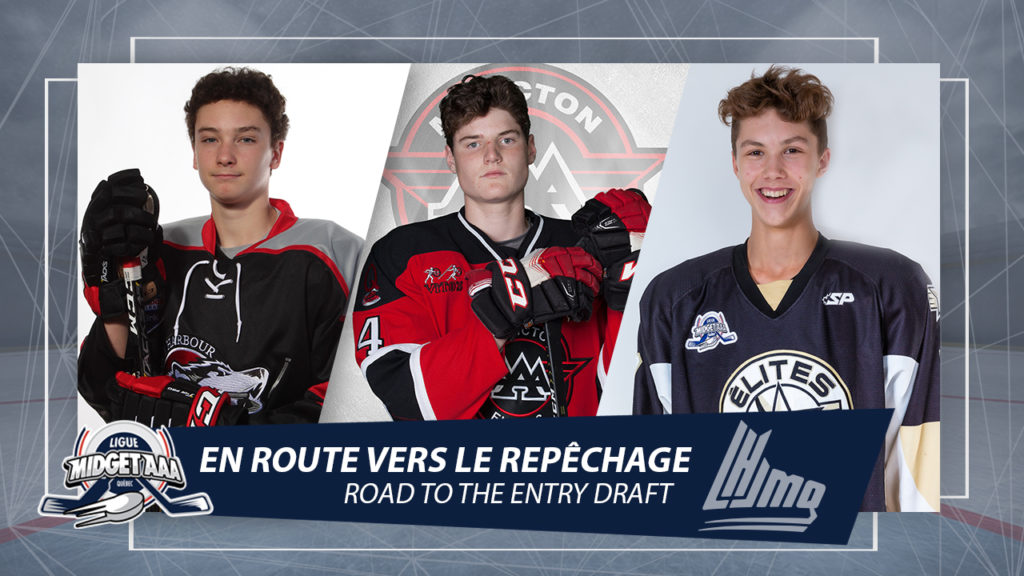 It’s already November and it’s time for a second list of the Top 10 prospects headed into the 2020 QMJHL Entry Draft. While the last list was comprised solely of QMAAAHL players, this one is here to spice up your life and the competition for #1 overall status, which is looking spectacular this season.

Last weekend, scouts headed down to Moncton for the famous “Monctonian Challenge,” officially opening the doors for teams to have a look at the talent the Maritimes have to offer this season. As with every edition of these lists, Patrick Desrosiers, Director of Central Scouting (CSR) has filled me in on everything there is to know about these 10 young prospects who will surely continue to draw your attention this season.

Without further ado, listed in alphabetical order, here are the 10 best prospects for the month of November;

Andrews is, according to the CSR, the fastest player of this group. He’s engaged each time he takes the ice and loves to take advantage of his explosiveness to create scoring chances. In addition to having that scoring touch, he knows how to feed his teammates. He is one of the players who could surprise the most at the draft.

Carruthers is one of the most skilled players of this draft class. He is very solid and can be an impact player whenever he wants. When everything lines up for him, he demonstrates an above-average offensive intelligence and he becomes a truly dangerous player.

What is becoming dangerous about Justin Côté is his determination to become a complete player. He may just have the best shot of this class, and he wants to become a player who will have an impact in all aspects of the play.

Hughes is a player that has garnered a lot of attention in the Maritimes since the start of the season. He’s offensively gifted, and his size helps him quite a bit to dominate on that front.

Lamoureux is undoubtedly one of the most airtight defenders of this group and the day the offensive aspect of his game matures, he will become an extremely respected defender.

Luneau is one of the most talented defencemen we’ve seen in the QMAAAHL in the last few years. I even had a nice conversation with a scout who compared him to Charlie McAvoy of the Boston Bruins. In my eyes, this is an extraordinary compliment!

Mann is a great right-handed defenceman who now has to manage the coordination of a young man who grew quite fast. He is one of the youngest of this draft class, but certainly one of the finest prospects in this draft. Minor detail, his father is the Ottawa Senators’ head scout.

According to the CSR, he is one of the best forwards of this group. He’s an engaged player each time he takes the ice. He has a good mix of skills and strength and, as Patrick Desrosiers mentioned to me, “he shows some resemblance to Doug Gilmour.” He knows only one speed and that’s the sixth gear.

Verreault is one of the most dangerous players of the QMAAAHL this season and he continues to prove it game after game. He’s worked on consistency and has become a constant threat thanks to his offensive flair. He also posseses an excellent shot.

Vidicek was very close to being in the first Top 10 and he deserved to be part of it. His consistency is felt on every shift and it is clearly one of his greatest strengths. He is a very good skater and is never caught off guard because he is constantly moving his feet.