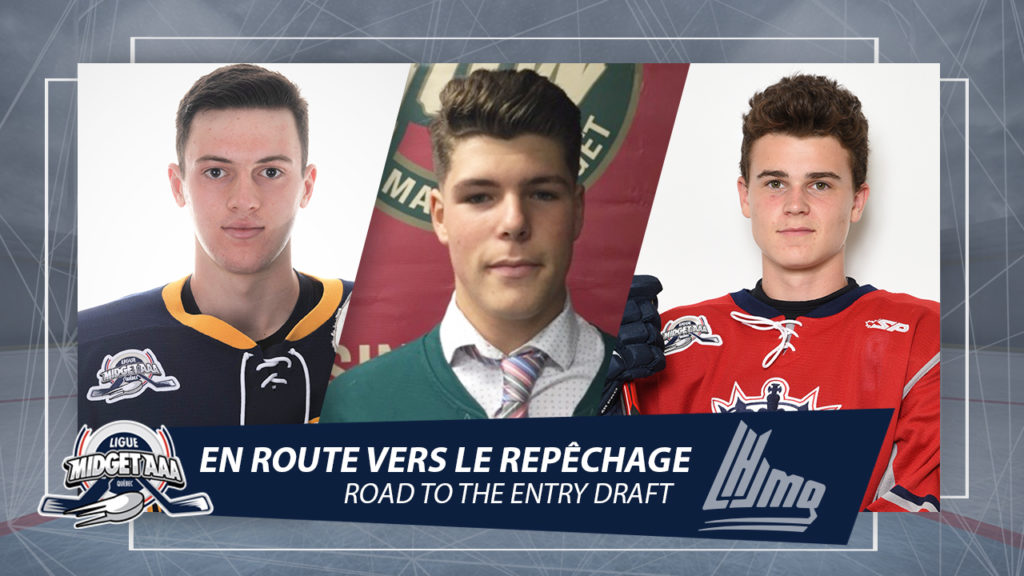 With the holidays fast approaching, the Collège Notre Dame Albatros earned itself an early Christmas gift by winning the CCM Midget AAA Challenge which took place in La Baie, Quebec. I would like to take this opportunity to congratulate Mike Maclure and his team for this wonderful accomplishment.

Much like with the Monctonian tournament which took place last month in Moncton, New Brunswick, the CCM Midget AAA Challenge had an effect on our rankings for the month of December since it was yet another prime opportunity for the players to showcase themselves.

Without further ado, here is our latest Top 10 of the best players ahead of the QMJHL Draft. Please note, players are ranked in alphabetical order.

Hockey is becoming faster than ever and, as a result, explosive forwards are more in demand. With 16 goals in 26 games up to this point, Andrews is having a solid season with the Cole Harbour Wolfpack and is among the best offensive players of this draft class.

It was not an easy tournament for the Richmond, PEI native and his squad. But the skilled forward managed to pull through despite it all, proving himself worthy of consideration for our Top 10 rankings.

Despite missing out on the Challenge, Carruthers remains one of the top prospects in this draft class. He’s a highly dangerous player on offence, and is firing on all cylinders in the Maritimes this season. In 24 games, he’s found the back of the net 17 times and has added 12 helpers.

The small Grenadiers’ forward continues to gather steam ahead of a draft that should see him among the first players selected. While his performance in the tournament left something to be desired, he remains a sure thing and has not lost any points in our book because of it.

Vincent Filion – G – Trois-Rivières
Filion is the first goaltender to appear in our Top 10. He conceded just one goal in the Challenge, and this, over the course of two games. He is a calm presence in the net, inspiring confidence in his teammates when he’s on duty.

Maveric Lamoureux – RD – Jonquière
Lamoureux has shown that he’s ready to take the next step. When opposing players approach the net, they know they’ll pay the price with him on the ice. He has a great hockey mind and is able to breakout with speed.

As the season moves along, Luneau has become more and more dominant. He was super solid in the Challenge and is proving to have the potential to be impactful in the QMJHL as early as next year. It’s an excellent defender that the Estacades are developing here.

Back in the Top 10 after a stellar performance in the Challenge, Mastrodomenico is much more conscious of his role with the Rousseau-Royal and you can see that in his confidence. He is one of the best skaters in this draft class.

Savoie cemented his spot in the Top 10 with a strong presence at the Challenge. Always involved on the ice, he’s the type of tenacious player that any QMJHL team dreams of having in its lineup.

Similar to Tristan Luneau, Verreault is also quickly gaining confidence and physical maturity. Even though he didn’t generate tremendous production at the Challenge, he was a constant threat in each one of his games.