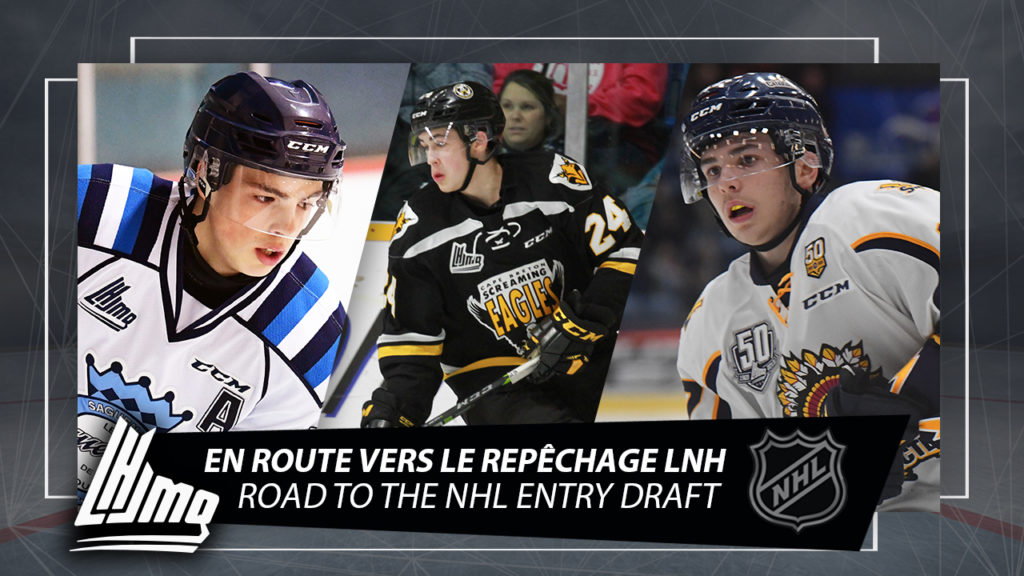 While the ten best “Q” prospects were presented to you in alphabetical order, the NHL list will take on more of a classic form.

Without further ado, here is my initial Top 10 list of QMJHL prospects ahead of the 2020 NHL Entry Draft.

The Oceanic captain is firing from all cylinders this season. At the time of writing these lines, he had already amassed 35 points in 14 games. He’s a favourite among the 2020 draft class as a whole and, for that matter, he will not be dethroned in the QMJHL.

The young Gatineau native may not have had the start to the season we were expecting, but he’s beginning to find his groove and unquestionably remains a top-tier prospect. Lapierre is a complete centreman, and it’s important to look beyond his stats when evaluating his performance.

One of the best defencemen I’ve seen come through the QMJHL in recent years. I had the opportunity to watch his first career game and he hasn’t stopped progressing since. We could see him get picked in the top 10 come June.

In an era where smaller and more explosive players are increasingly coveted, Mavrik Bourque has the potential to be one of the names we hear called in the top 20. His hockey sense and offensive flair make him a dangerous opponent.

An extremely complete defender, Poirier reminds me of Nicolas Beaudin (Drummondville). Fun fact, both players have spent time in the excellent program offered by the Châteauguay Grenadiers in the QMAAAHL. Number 44 is a strong skater who loves to jump up on offence, often without neglecting his defensive play.

While Mercer isn’t the first player you’ll notice on the ice, he is one of the players who will be among the most effective every night. He’s had quite the start to his season with the Voltigeurs and his confidence just keeps growing.

Despite a rough start to the season, the young Russian forward has continued to adapt to the North American game and, over the last few games, we’ve been able to appreciate all he has to offer on offence. His skill and stride leave no doubt; he will be one to watch in this draft class.

Bad luck has struck the Sags’ #19 who’s missed almost all of the regular season up to this point. But I have no doubt that he’ll come back in full force. Rochette is excessively skilled with the puck and he should be able to climb the ranks as the season moves along.

The Mooseheads have a talent for unearthing European stars and Peeters is our most recent reminder of that. He’s an explosive young player on offence and he’s able to create magic in the offensive territory. I think he’ll only become more dangerous as the season continues.

Yes, Francis is just 5’9”. But he possesses extraordinary offensive talent, as his numbers have shown. On top of his 24 points in 14 games this season, he plays with grit and wants to show everyone that he can reach the next level.