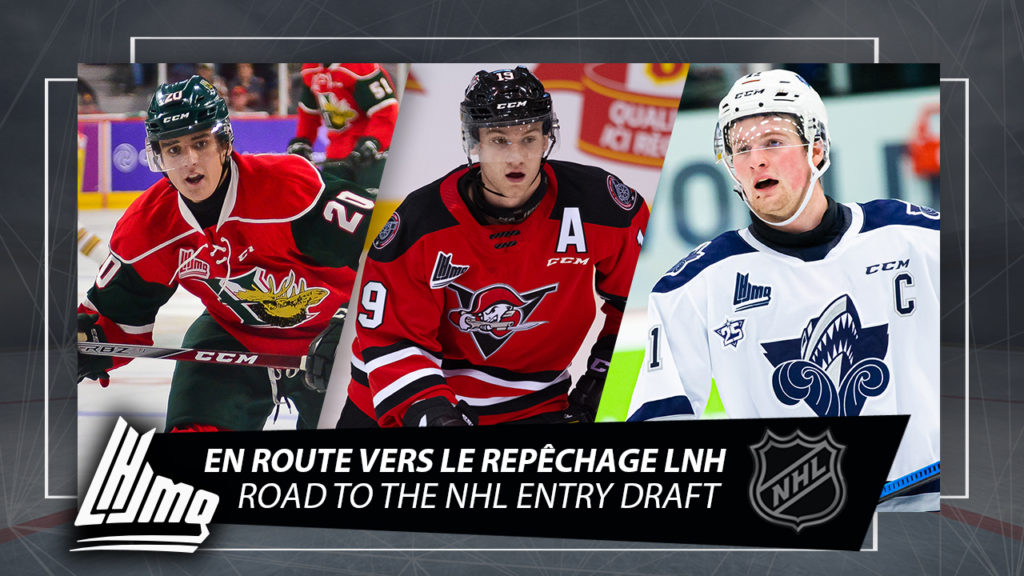 We just got one month closer to the 2020 NHL Entry Draft. Typically, I wouldn’t bother you with a countdown, but the fact that it’s being held in Montreal this year makes it special. As you may have guessed, the fact that the best player in this draft class is playing in Quebec makes it even more special.

Speaking of Alexis Lafrenière, he still leads the QMJHL in scoring with a total of 58 points. Don’t expect miracles when it comes to his spot in my Top 10, because he’ll spend the rest of the season at the top.

No player in the CHL has more points than the Océanic’s #11 this season. Thanks to a 58-point total Lafrenière leads the pack, six points ahead of teammate Cédric Paré (52) and seven ahead of Arthur Kaliyev and Connor McMichael (51) who both suit up in the OHL. The closest prospect to Lafrenière in this draft, Quinton Byfield, has 46 points of his own.

Despite a nightmare start to the season, Lapierre is just 17 years old. And even though his health might be cause for concern for some, people also know just how complete and talented the young centreman is.

In my eyes, Barron is still the second-best defender in this draft class, right behind Jamie Drysdale of the OHL’s Erie Otters. I believe that there’s room for improvement when it comes to his offensive production, but I also feel that as the season goes on, he’ll regain his confidence.

Contrary to Barron, the Sea Dogs’ #44 is firing on all cylinders offensively. With 27 points in 27 games, he currently holds the second spot among the top defenders in the QMJHL. In fact, only Isaac Béliveau has more points than him, with 30.

This is where the race becomes excessively tight, because there’s not much separating each of the next five candidates. In my opinion, Mercer is the most complete which is why I gave him the fifth spot. His play in tight spaces is simply magical and I love how calm he is with the puck. He’s has confidence in himself, and it translates to his play.

The smaller forward from the Cataractes has had an excellent season so far, and his success will not go unnoticed by NHL scouts. He plays with fire in his eyes and this is exactly what charms me most about his style of play.

In my previous article, I spoke of the adaptation time that could be required of the young Russian. I can confirm that he’s officially made it through that challenge with great success, as he’s played with much more confidence over the last 10 or so games. This confidence will allow him to climb the ranks of the NHL’s Central Scouting list.

The talented Saguenéens’ centre may very well profit from the absence of teammate Hendrix Lapierre, which gives him the opportunity to pick up some precious points ahead of the draft. He was kept out with a case of mono early in the season but looks to be in fine form now, as shown by his record of 13 points in 14 games.

Even though, in my opinion, his skating will not lend itself to the NHL, you have to admit that he’s got an undeniable flair for offence. The Sainte-Marie-de-Kent native has put up no less than 15 points in 13 games.

Nothing seems to stop the small forward from Beaver Banks, Nova Scotia. As I write these lines, he is tied for the ninth overall spot among the league’s top scorers with 38 points in 27 games.