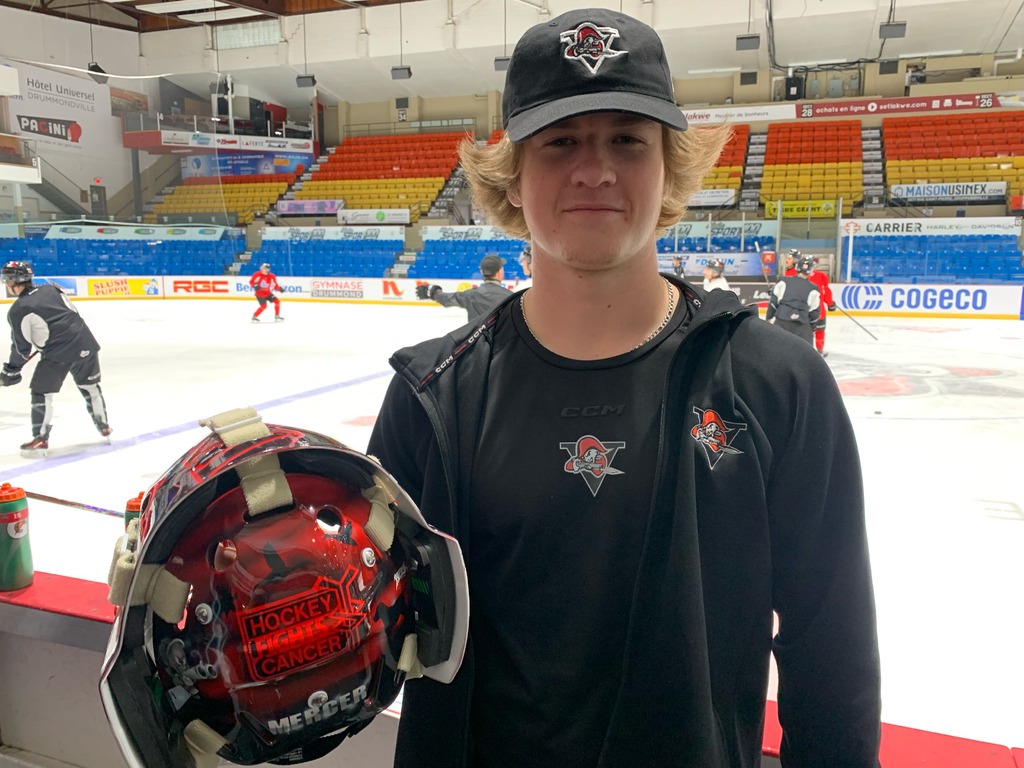 It means a lot to be able to design my own helmet and make it unique. Obviously, I made it to represent the team, but I’ve also added a few personal things, like a dog bone around the Bauer logo for my black lab called “Bauer”. Then on my back plate I’ve got a hunting scene, because that’s something I love to do away from the rink. And I also have the Hockey Fights Cancer logo, which is great to have there to support such a great cause.

Cancer has affected my family significantly. My pop died of cancer when I was just a few months old, but he loved hockey and I’m sure he would’ve followed me and his other grandchildren around, like his wife Donna. My nan also died of cancer when I was 12 years old. She was so influential in my hockey career from a young age, as she was the first to put the pads on me. She was there to pick me and my siblings up from school and bring us to hockey practice. She never missed a game. My aunt Lisa also had breast cancer, but she beat it and is now living a happy and healthy life. They are the reason why I wear the logo on my helmet.

Lots of people have been affected by cancer in the world, so it’s great to show support to them and to the cause. I hold it there for all the strong cancer fighters, people who have battled it in the past or who have beat the disease. It definitely reminds me of my loved ones, the happy times I spent with my nan and with my family at nan’s house.

To learn more about the initiatives put in place by Quebec Major Junior Hockey League teams during the month of November, visit the QMJHL website -> HOCKEY FIGHTS CANCER