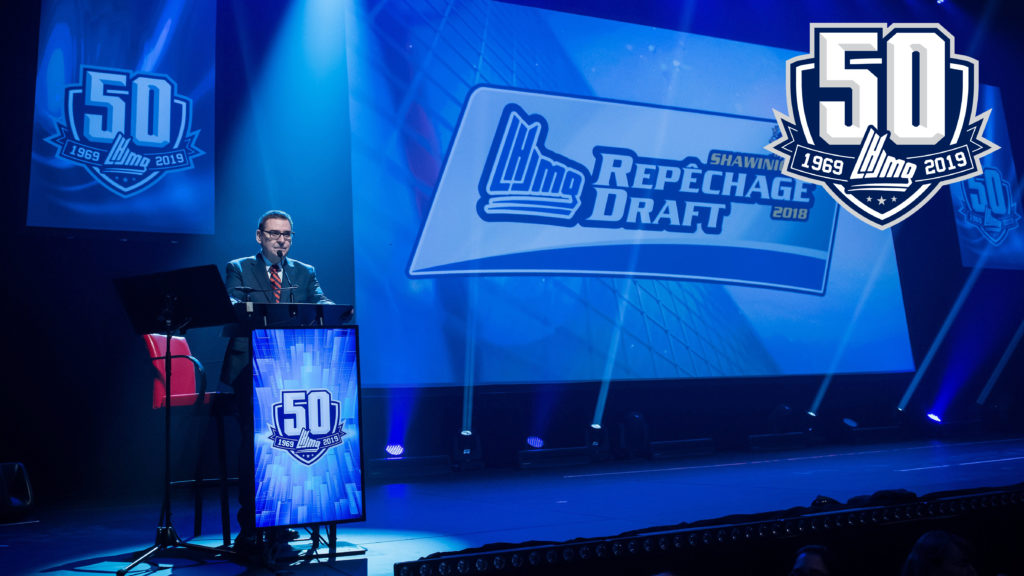 QUEBEC CITY, QC – The Quebec Major Junior Hockey League, in collaboration with the Quebec Remparts, announced today that Quebec City will be the host city of the 2019 Annual Session and Entry Draft. The announcement was made during a news conference held at the Videotron Centre today.

The QMJHL Annual Session will be held from June 5 to 7, 2019. The Entry Draft itself will take place at the Videotron Centre on Saturday, June 8th.

“What a great way to conclude our 50th anniversary celebrations with the presentation of our Annual Session and Entry Draft in Quebec City,” said QMJHL Commissioner, Gilles Courteau. “The Entry Draft is a spectacular event, and it’s always an amazing experience for future QMJHL players. The entire hockey community congregate in one city for an unforgettable week.”

The event generates significant economic benefits for the city in which it is held in, with hundreds of hockey fans, families and prospects flooding hotels and restaurants.

It’s the third time that the QMJHL’s annual session and entry draft will be held in Quebec City.