World U17 Challenge hockey canada
by
Will MacLaren 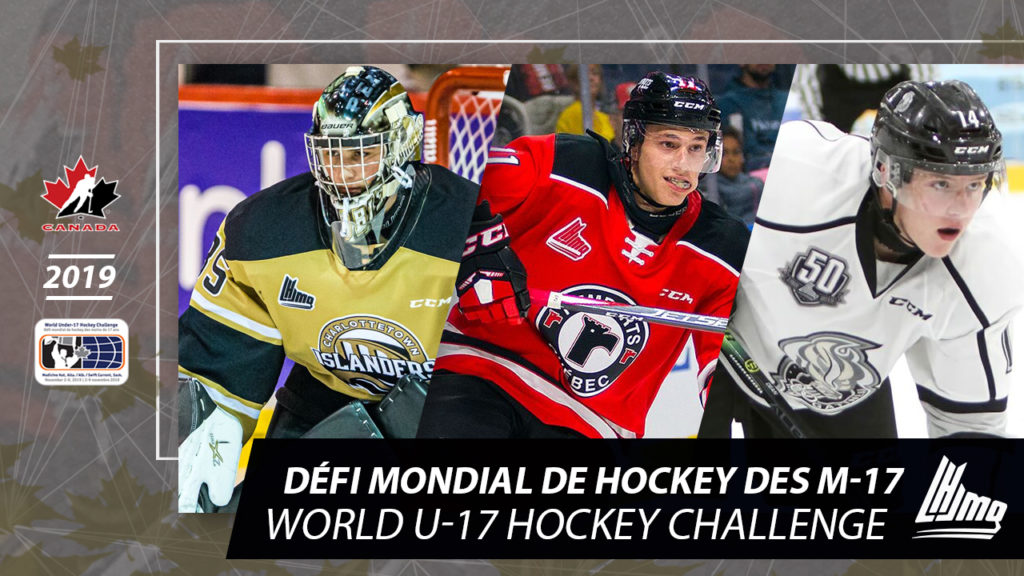 As is always the case, the recently completed World Under-17 Hockey Challenge again acted as a spotlight for many of the junior hockey stars of the near future. Although the tournament did not live up to national expectations – all three of Canada’s teams were shut out of the medal count with top performer Team Canada White falling in overtime of the bronze medal game – there were still highlights from “Q” representatives nonetheless.

The Dean of Clutch

One of the biggest stories from the early portion of the tournament was the play of Gatineau Olympiques rookie Zach Dean. The fourth overall selection in last June’s QMJHL Draft got off on the right foot for Team Canada Black, potting the overtime winner in their tournament opening 6-5 triumph over Team Canada White. For Dean, it was his second goal of the contest.

Before the event was done, he would add an assist to another overtime winning goal as well as a shootout tally to his extra time heroics. Overall, the 16-year-old who was raised in Mount Pearl, Newfoundland, ended the tournament tied for ninth in scoring with seven points in five games.

Remparts on a Roll

From the moment he pulled a Quebec Remparts sweater over his head in September, center James Malatesta has made an impact for his junior club. Finding himself within the QMJHL points leaders among freshmen with 13 points in 15 games, Malatesta kept on doing what he does best for Team Canada Black; put up points. The 16-year-old from Kirkland, Quebec finished the Under-17’s with six points in five games, including a two-goal performance in Canada Black’s 5-4 overtime win over Team USA during preliminary round play.

Meanwhile, Malatesta’s Remparts teammate Nathan Gaucher put forth one of the top individual performances of the tournament, scoring twice and adding two assists for Team Canada Red in their 7-2 victory over Team Finland during the preliminary round. He was one of two “Q” luminaries to snipe a pair of goals in this contest as Rimouski Oceanic center Zachary Bolduc also banged home a brace.

A pair of Maritime skaters on Team Canada White turned heads throughout the tournament. Acadie-Bathurst Titan center Riley Kidney and Charlottetown Islanders defenseman Oscar Plandowski accounted themselves well in all areas of the rink while chipping in offensively, respectively recording five and four points during the event. Both were first round selections in last June’s QMJHL Draft and are eligible for selection at the 2021 NHL Entry Draft.

Canada’s stellar Maritime performances were not restricted to forwards and defensemen, however. In nets, Islanders rookie netminder Jacob Goobie made Upper Tantallion, Nova Scotia proud. The second-round selection in the 2019 QMJHL Draft finished tops in the tournament in GAA (2.52) and second in save percentage (.925%).

As is tradition, the “Q” was well represented both behind the bench and in the room by a number of respected personnel.