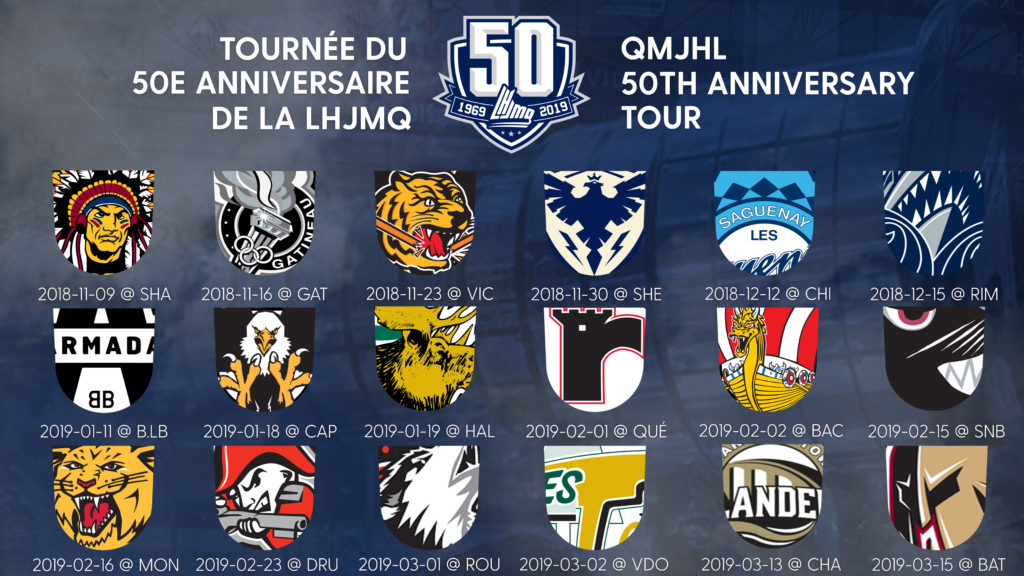 As part of the QMJHL’s 50th anniversary celebrations, the league announced today the dates of the 50th Anniversary Tour that will also include the President Cup and Memorial Cup Tours, which begin tonight, November 9th, in Shawinigan, QC.

The President Cup and the Memorial Cup will be visiting various QMJHL and team sponsors, schools and hospitals, all while providing fans the opportunity to see both cups in their arena concourse, pose for photos with them, have the chance to win 2019-2020 season tickets and meet former players.

Furthermore, the celebrations will continue during the game as many promotions and contests will be organized for the best junior hockey fans in the country.

All QMJHL markets will host the 50th Anniversary Tour that will be making 18 stops across the provinces of Quebec, New Brunswick, Nova Scotia and Prince Edward Island.