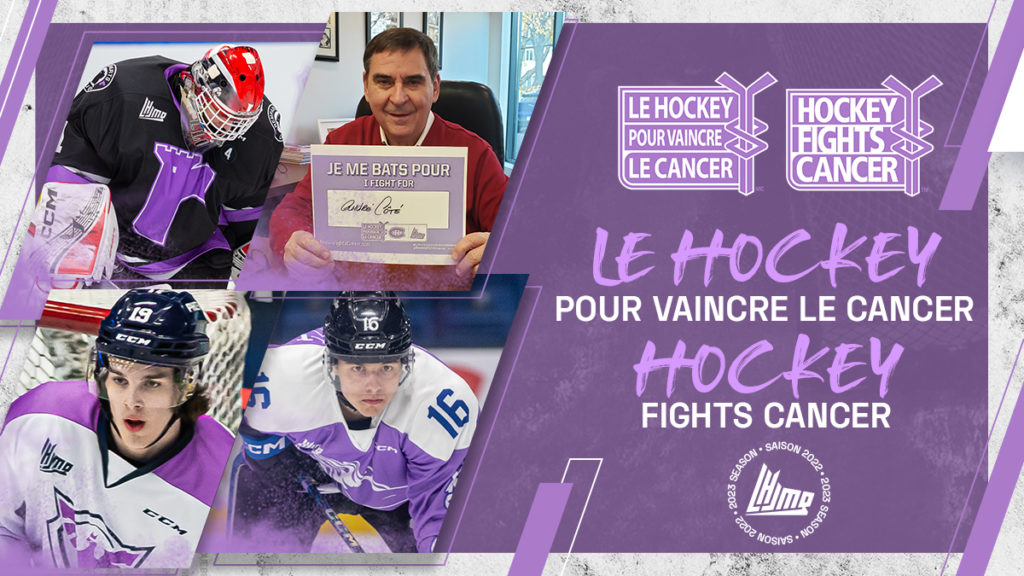 The hockey community created this awareness campaign to support cancer patients and their families in their fight against this devastating illness. Cancer remains the leading cause of death in Canada, as an estimated 2 in 5 Canadians will be diagnosed with cancer in their lifetime, and about a quarter will die from it.

The QMJHL’s 18 franchises and its on-ice officials will wear the Hockey Fights Cancer sticker on their helmets throughout the month of November. Several teams will host a special themed night to raise funds for local charities and to spread awareness within their community.

“It means a lot to people affected by cancer when the hockey community gets together and supports those affected by this disease and their families,” said QMJHL Director of Communications and Media Relations, Maxime Blouin. “This association with the Montreal Canadiens and the M18 AAA Development League demonstrates the strong will of the hockey community to fight against this devastating illness while also pooling resources to raise funds and awareness for those who have been affected by cancer.”