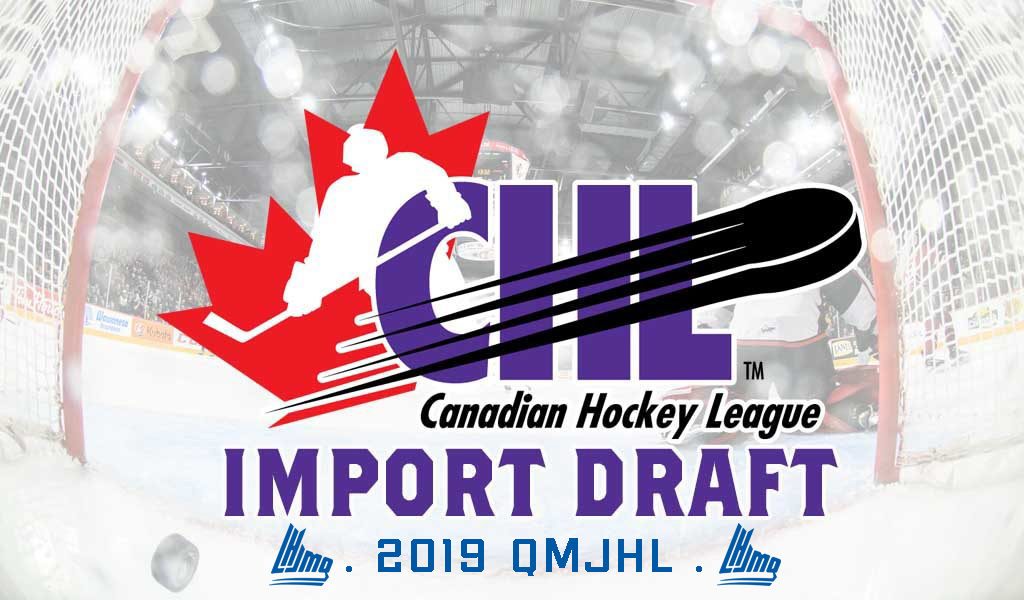 This year, it’s a total of 23 players that were selected by 17 QMJHL teams. Only the Victoriaville Tigres franchise did not select any players.

It is to be noted that the players drafted by QMJHL teams originate from 12 different countries. In total, five players from Russia were selected, three from Latvia, three from Slovakia, two from Austria, two from Switzerland, two from the Czech Republic and one from each of the following countries; Belarus, Belgium, Finland, Germany, Japan and Sweden.

Forward Yu Sato, selected by the Quebec Remparts with the 24th overall pick, will be looking to become the next player of Japanese descent to suit up in the QMJHL after Takuma Kawai played with the Gatineau Olympiques back in 2007-08.

Positionally speaking, the Sherbrooke Phoenix was the only QMJHL franchise to select a goaltender when it took Slovakia’s Samuel Hlavaj with the 27th pick. Of the other 22 players selected, six are defencemen and the other 16 are forwards.

Here is the list of all QMJHL picks from the 2019 CHL Import Draft: