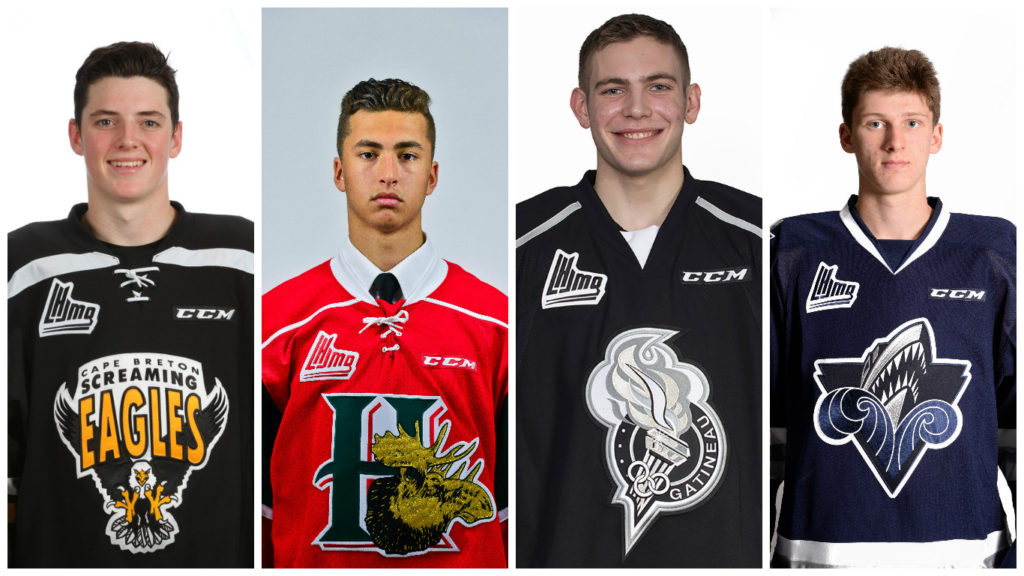 Batherson: “It’s a big jump from former leagues I have played in that’s for sure. In the Q you have to play the system while in other leagues you could get away with it sometimes, but most importantly it’s a lot of fun and I am enjoying it.”

Groulx: “It’s really nice being surrounded by players who are drafted NHL or that have a lot of experience in the QMJHL. There is an opportunity where I can learn from them a lot, not only in my team but around the league.”

Eschweiler: “Being a rookie in the QMJHL is an amazing experience for me. I am introduced to my first year of Major Junior hockey by players that already have experience in the league. It is truly a dream come true to be able to play here.”

Gosse:  “It’s definitely a big adjustment from major midget. The speed and the size of all the other players is a big change. It’s very different but it’s a good and exciting experience overall. You get to play against amazing players who have or will be drafted in the NHL so that is also a very cool aspect as well.”

In your first year in the league, What is on your mind? What do you want to accomplish?

Batherson: “It’s a big jump from former leagues i have played in for sure, in the q you have to play the system while in other leagues you could get away with it sometimes, but most importantly it’s a lot of fun and i am enjoying it.”

Groulx: “This year my goal is not based on making point or being a flashy player, it’s based on playing the right way defensively and offensively with a lot of pace and hard work in my identity constantly.”

Eschweiler: “Even though it is my first year in the league, I really want to help the team in any way that I can. An accomplishment I want to have is for our team to win the league, that certainly is on my mind. ”

Gosse:  “I am always trying to get better and show my coaches what I can do in my first year. You definitely need to try to get noticed.”

How important is it to you to be part of QNation this year?

Batherson: 3. “Obviously it’s an honour to play in the Q. Growing up watching the Q when I was younger made me want to play in it that much more and now having the chance to play in the league is awesome.”

Groulx:  “I really wanted to be part of QNation this year because now I can compete against older and better players than me. That can just make me a way better hockey player down the road.”

Eschweiler: “To be able to play for the Gatineau Olympiques and in the QMJHL is such an amazing feeling. I am very thankful to all those who have helped me get to where I am today. This is a dream come true to play here, and I am very excited to have this opportunity.”

QMJHL announces updates to its schedule
8 hours ago