QMJHL Players of the Month of March 2018

titan Phoenix tigres players of the month
by
LHJMQ/QMJHL 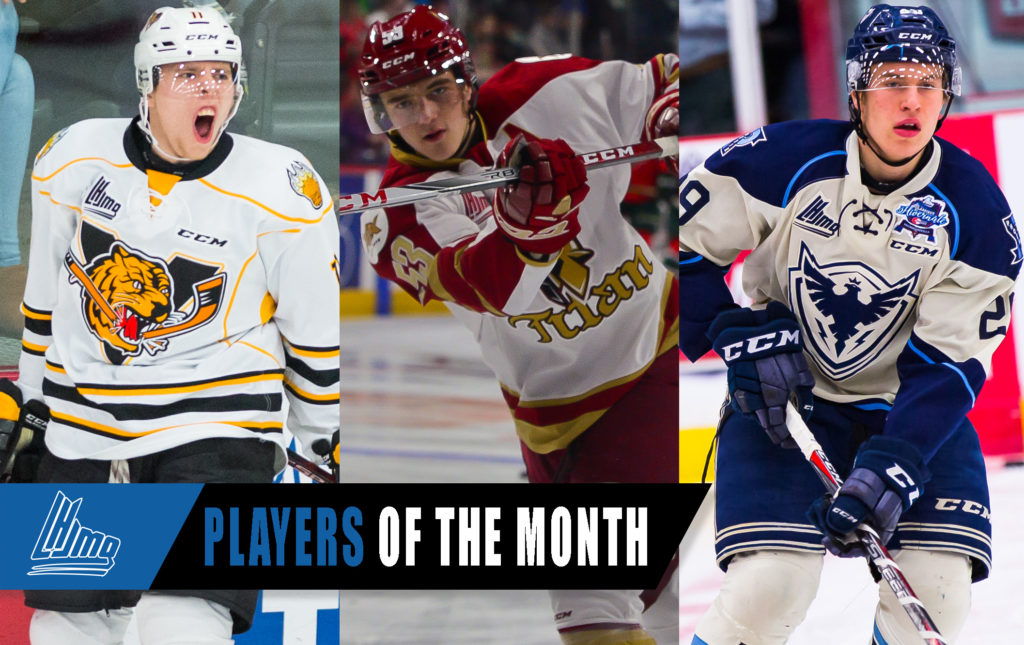 For the second month in a row, Abramov has managed to grab top honors in this category. The forward surpassed himself once again, obtaining an astounding 2.83 point per game average.

The 19-year-old forward had 17 points in just six games, effectively contributing to the Tigres’ offensive success. The Russian native was relentless in the last month of the regular season, obtaining a minimum of two points in five of his six games, as well as having a goal in all six.

Among his 10 goals, he managed to score a game-winner as well as five insurance goals. He also recorded a four-goal performance against the Shawinigan Cataractes.

Abramov managed to hit the 300-point plateau in his QMJHL career, which is impressive in itself. He is the first European-born player to do so, a milestone that will forever hold his name in the QMJHL’s history books.

Once again, Comtois is the runner-up for this month’s forward of the month. Comtois collected 17 points in a mere six games played, showing that he is also capable of offensive prowess, much like his linemate Abramov.

On March 2nd, while the Tigres were wreaking havoc in the Maritimes, Comtois set a new personal best by accumulating five points in a 9-0 win over the Charlottetown Islanders. He also finished the season with a 20-game point streak, having obtained at least a point in all of his games since January 18th.

Dobson has been strong defensively for the Titan, posting an impressive +15 differential throughout the month of March. He only played one game where it dipped under 0, whereas in the seven other games he remained equal or above that mark.

The 17-year-old defenseman can also produce offensively for his team, namely with his accurate passing. He finished the season tied for second place as the defenseman with the most points in the QMJHL with 69, while being third in goals (17) and fourth in assists (52).

Dobson obviously isn’t one to shy away from scoring opportunities, especially in this past month where he accumulated four goals and took part in the most productive game of his QMJHL career; a four-point game (1G, 3A) in which he attempted 11 shots on net!

Grégoire accumulated 11 assists over the course of seven games in March. It’s no wonder how he managed to be the defenseman with the most passes in the league with a total of 57, tied with Nicolas Beaudin (Voltigeurs | Drummondville).

Other than assisting his team on offense the 19-year-old blueliner plays a solid defensive game as well, garnering a +10 differential for the month, with all of his games being positive except for one. He also ended the season as his team’s top point-getter for the second straight season, a feature never accomplished before by a defenseman in the history of the QMJHL.

Poulin had his best month yet in March, and in fewer games than usual. With 11 points, the rookie forward certainly stepped his game up when it counted the most.

On March 7th, the 16-year-old forward played in his most productive game to date, scoring two goals and collecting three assists along the way, good for a five-point effort.

Poulin had at least a point in six out of his seven games played. He also managed to maintain a +8 differential throughout the month.

For a second consecutive month, Zadina has claimed an honorable mention for rookie of the month. In seven games he accumulated 11 points, bringing his season total up to 82 and giving him the top spot among rookies in the league.

Except for his first game of the month, the 18-year-old managed to obtain a point in all of his games. Zadina also garnered a +3 differential to top off yet another very productive month.