QMJHL Players of the Month of February 2018 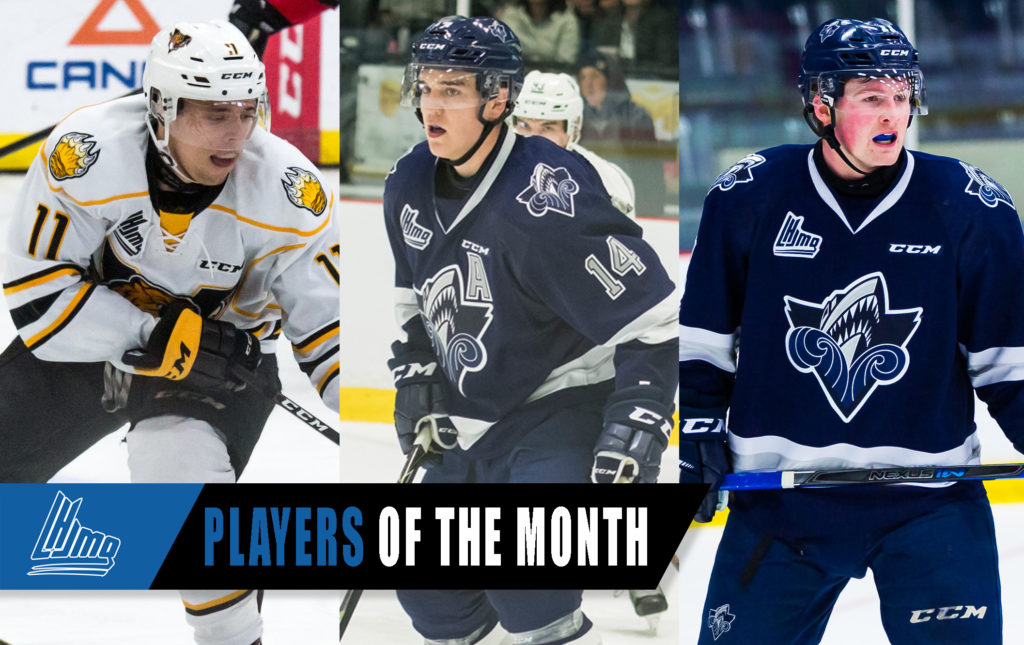 Abramov was one of the biggest offensive presences in the month of February, and he has successfully dethroned Alex Barré-Boulet (Armada | Blainville-Boisbriand) who had received the honor of Forward of the Month three times this season. However. With an uncanny 2.08 points per game average, it’s easy to see how the Russian native did it.

Abramov scored 11 times throughout the month and three of those goals were game-winners. His point accumulation was not to the detriment of his team’s defense, as he brought his differential ratio up to +18, good for the league lead for February, surpassing Samuel Dove-McFalls (Océanic | Rimouski) who had a +15.

The 19-year-old forward played seven games in which he had at least two points. Up until his recent game against the Halifax Mooseheads, he was even on an eight-game streak with at least one goal!

Picked up in the 2016 NHL Entry Draft by the Columbus Blue Jackets, the Tigres forward shares a line with teammates Maxime Comtois and Ivan Kosorenkov, a powerful trio that obtained a total of 65 points throughout the month of February.

Abramov’s partner in crime, and seeing how their line performed last month, it seems fitting to find Comtois here. He led the league in February for average points per game with 2.20, all while avoiding getting shutout in every game of the month.

Though having many note-worthy performances, the 19-year-old forward played two games in which he managed to obtain four points. He looks to keep his momentum going into the month of March with his team is currently on a four-game win streak.

His points were impressive for the month of February, but so was D’Astous’ defensive play. He managed to finish the month with a +13 differential, finishing all of his games with a differential either equal or superior to 0.

If that wasn’t impressive enough, the 19-year-old defenseman also holds the fourth spot in the league for differential among defenseman, with a +30 this season.

However, the blueliner has also shown that he can produce offensive results, as his scoring capabilities have put him second among defenseman in the league with 17 goals, trailing only Olivier Galipeau (Titan | Acadie-Bathurst), who has 23.

Green showed that he is capable of offensive play by finishing all of his games last month with at least a point. Among defenseman, he couldn’t be beaten with his 1.33 points per game. His four goals came from 21 shot attempts, good for a 19% offensive efficiency, which is very impressive given his position.

The 19-year-old also finished the month with a +4 differential. He only took part in one game in which it dipped slightly below 0, giving him a -1 differential in only one February outing.

For a second month in a row, Lafrenière has claimed the title of Rookie of the Month, but who can argue it when he’s obtained at least one point in nine of his 12 last games.

In the rookie scene, Lafrenière dominates in multiple categories. He leads in points (76), goals (41), game-winning goals (7) and differential (+38).

Zadina has been putting up some impressive numbers for a rookie, having claimed Rookie of the Month twice to show for it.

The 18-year-old Czech had two games of four points, four games of two goals or more and a four-goal game in February. As of today, he currently has 39 goals and 71 points, which puts him second among rookies in both of those categories.