Tristan Luneau Gatineau Olympiques player of the week
by
LHJMQ/QMJHL 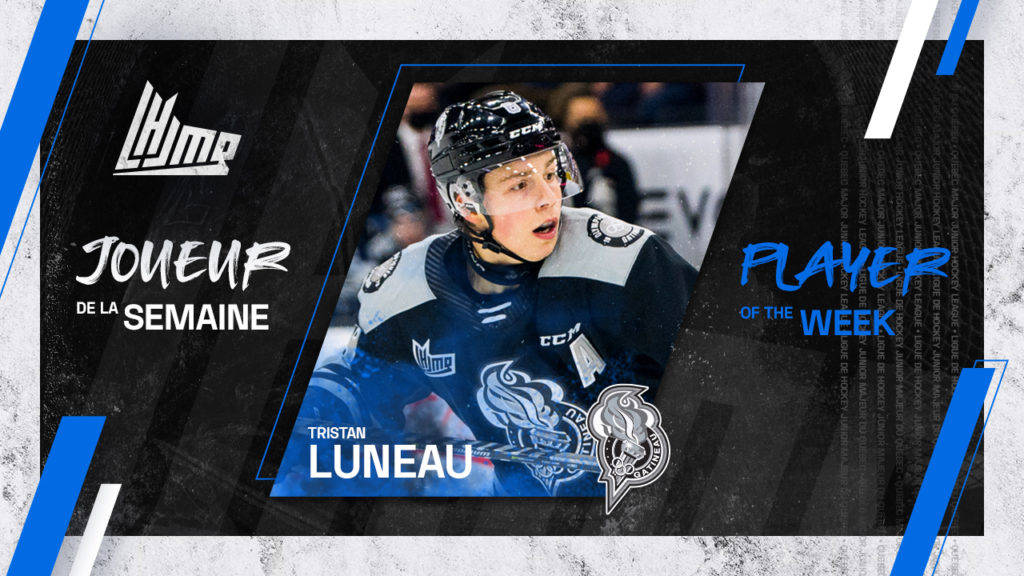 The latest QMJHL Player of the Week is Gatineau Olympiques defenseman Tristan Luneau. In three games, the 18-year-old from Victoriaville, Quebec scored three times and added five assists while the Olympiques went a perfect 3-0-0-0 on the week.

On Wednesday night at home, Luneau helped get the Gatineau offense rolling early with a pair of first period helpers. That two-point evening would play a key factor in the Olympiques’ 4-2 triumph over the Charlottetown Islanders.

On Friday night in Drummondville, the third-year blueliner had a game to remember. He scored twice and added three assists for his first career five-point game in the QMJHL. Luneau’s performance would help lead his club to a 7-5 victory over the Voltigeurs. He was also named the game’s first star.

Luneau would again get on the board early on Sunday afternoon in a tough road matchup. His eighth goal of the season, scored less than five minutes into the contest, would help pave the way for an eventual 6-4 Olympiques win over the Blainville-Boisbriand Armada. He would also record a +/- rating of +2, his sixth straight game with a rating of even or better, while Gatineau skated away with its fifth victory in a row.

The first-overall selection of the 2020 QMJHL Draft, Luneau currently leads the circuit in goals by blueliners while sitting second in points with 23 in 21 games. Luneau was selected by the Anaheim Ducks in the second round, 53rd overall, of the 2022 NHL Entry Draft.