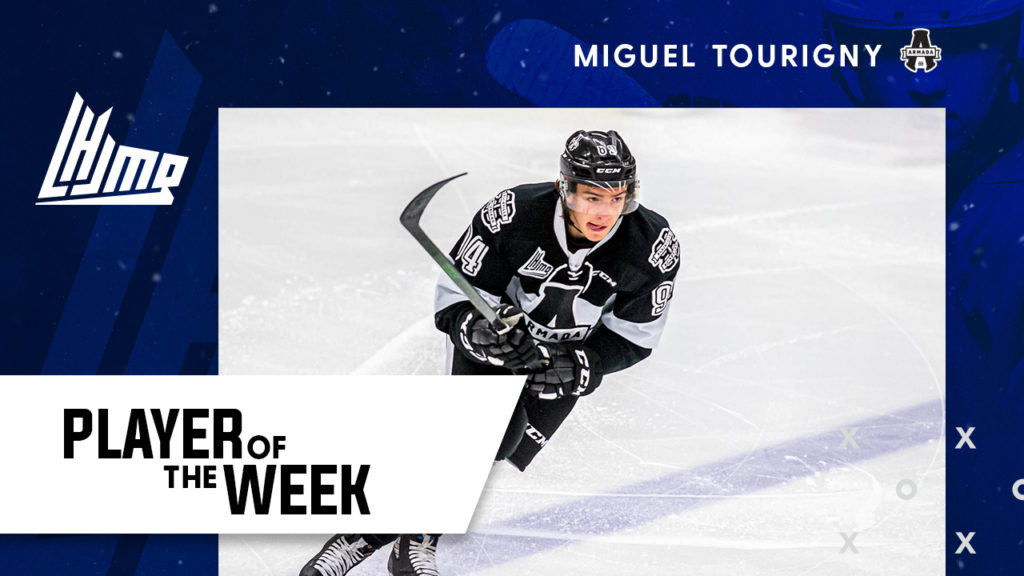 The first QMJHL Player of the Week of the 2020-2021 season is Blainville-Boisbriand Armada defenseman Miguel Tourigny. In a pair of games last week, the 18-year-old from Victoriaville, Quebec scored three times and added a pair of assists while the Armada got off to a 2-0 start.

On Friday night in Sherbrooke, Tourigny would tally twice on the powerplay and add an assist in an 8-5 victory over the defending Jean-Rougeau Trophy champion Phoenix. The blueliner would register six shots on net in the offensive outburst en route to being named the game’s first star.

Back in Boisbriand on Sunday afternoon to complete the home-and-home with the Phoenix, Tourigny wasted no time finding his way onto the scoresheet, scoring just 75 seconds into his club’s 4-2 triumph over Sherbrooke. This time, Tourigny would be named the second star of the contest, adding an assist during the course of the game to cap off a successful opening weekend to the season.

Tourigny was selected by the Armada during the second round of the 2018 QMJHL Draft. A veteran of 90 league contests entering the 2020-21 campaign, he will be taking on a more prominent role with the squad this season after recording 11 goals and 30 points in 61 games last year.