justin gill Sherbrooke Phoenix player of the week
by
LHJMQ/QMJHL 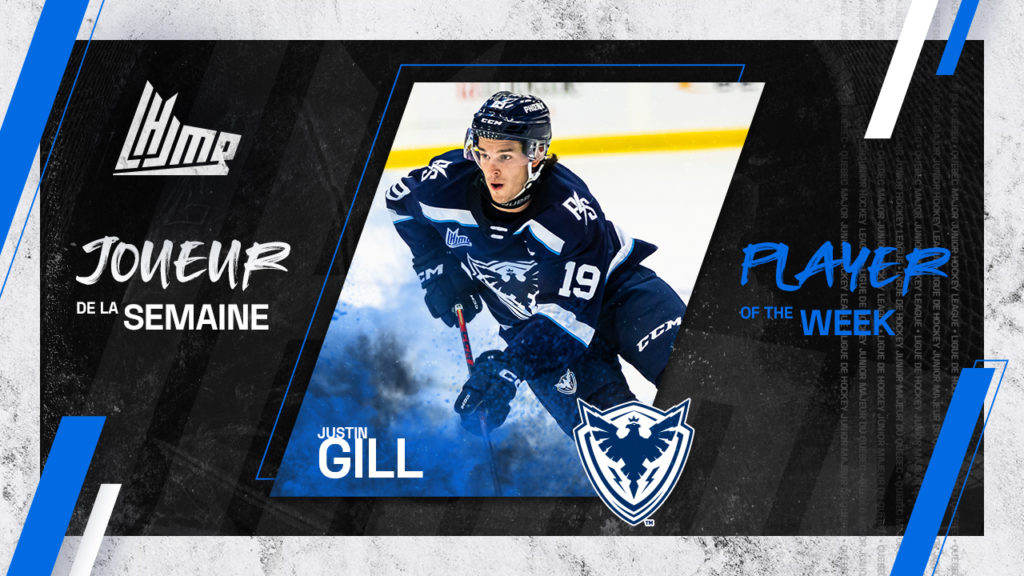 The latest QMJHL Player of the Week is Sherbrooke Phoenix centerman, Justin Gill. In a trio of home games, the 19-year-old from Montreal scored three times and added five assists as the league-leading Phoenix earned five of a possible six points.

On Thursday night, Gill chipped in with a pair of assists in a back-and-forth contest. Despite that offensive contribution, the Phoenix would fall in overtime to the Rouyn-Noranda Huskies by a score of 5-4.

The Phoenix would get back on a winning track on Saturday. On this night, the fourth-year veteran scored twice and added an assist in Sherbrooke’s 8-5 come-from-behind triumph over the Moncton Wildcats. Gill, who would also finish the night with a +1 rating, was named the game’s second star.

Gill would be named second star once again on Sunday afternoon. This time, he would provide the eventual insurance marker of the contest, making him the first player in the league to reach the 10-goal plateau this season. He also added a pair of assists in a 6-2 Phoenix victory over the Baie-Comeau Drakkar. So far this season, the Sherbrooke club has yet to be defeated in regulation.

Gill currently leads the circuit with 16 points on the season. A second-round selection of the Charlottetown Islanders at the 2019 QMJHL Draft, Gill was also invited to NHL training camp with the Vancouver Canucks earlier this year.