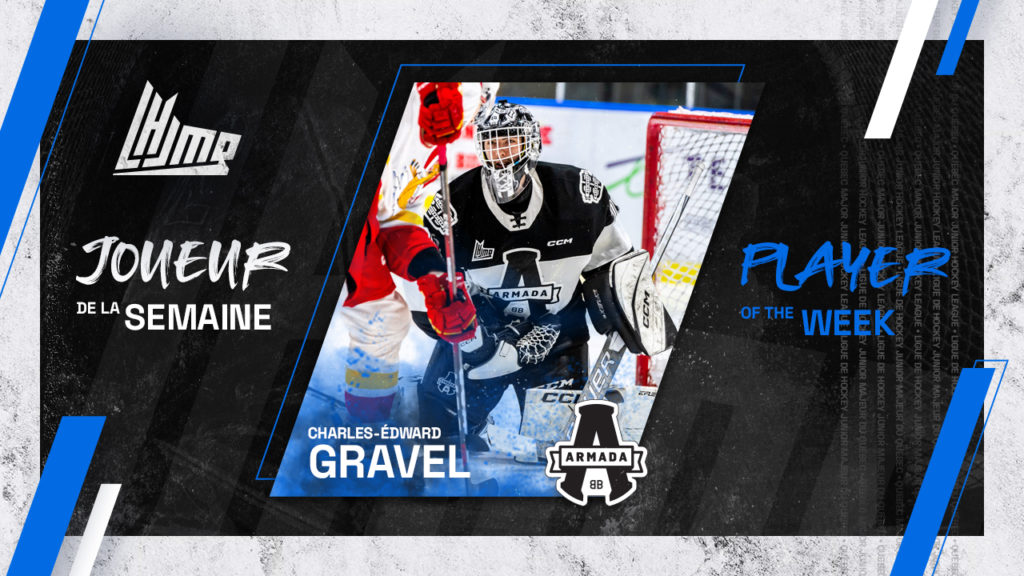 The latest Player of the Week in the QMJHL is Blainville-Boisbriand Armada goaltender, Charles-Edward Gravel. The 18-year-old from Levis, Quebec won both of his road starts thanks to a 1.00 GAA and a save percentage of .975%, as the Armada went undefeated on the week.

On Friday night in Baie-Comeau, Gravel steered aside 43 shots, including an unbelievable 26 in the third period alone, as the Armada defeated the Drakkar 2-1. The third-year veteran was the clear choice for first star of the game.

Gravel would keep rolling the following afternoon in the second of back-to-back visits at the Henry-Leonard Centre. This time, he would kick aside 35 shots and turn in a flawless performance over the final two periods while his teammates worked towards a 5-1 triumph over the Drakkar. The Armada has now earned points in each of Gravel’s last five starts.

A second-round selection of the Armada at the 2020 QMJHL Entry Draft, Gravel’s record sits at 11-12-3-1 this season, while his .911% save percentage places him in a tie for fourth in the Q. His 3.13 GAA represents a career best to this point.