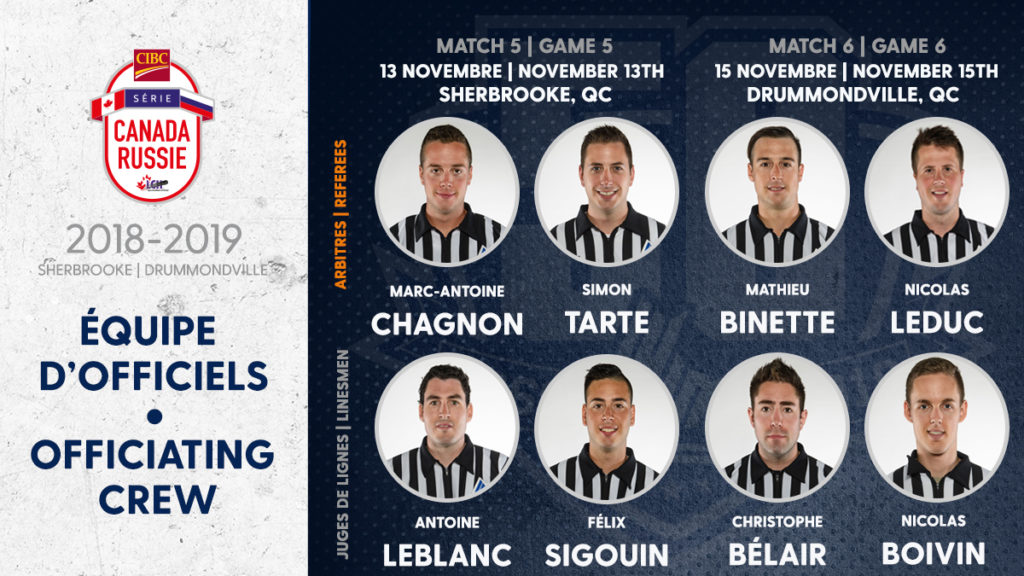 Once again this year, two of the six games in the Series will be played in QMJHL territory. On November 13, it will be Sherbrooke’s Palais des Sports hosting the series, while two days later it will shift to Drummondville’s Centre Marcel-Dionne to close off the very last Canada-Russia matchup.

Consequently, the QMJHL will be assigning its own officials to work during the games under its jurisdiction. The QMJHL would like to use this occasion to unveil the names of the referees and linesmen selected as officials for these games.

Here is a look at how the officials will be dispatched for the final two games of the Series;

In the name of the League’s Directors, members of the Officials Committee and all other officials, we would like to congratulate the selected candidates and wish them a tremendous learning experience.