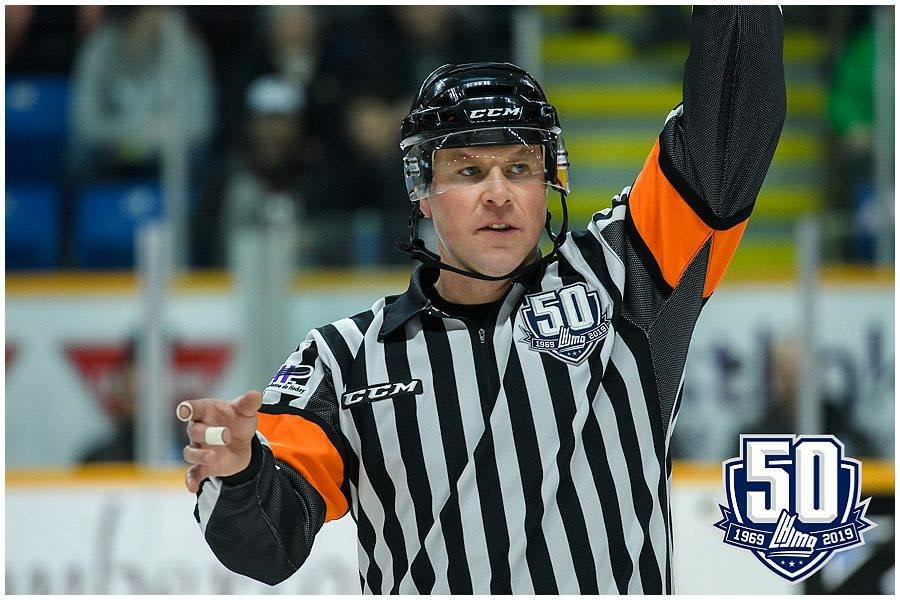 At 39 years old, Jeff Hopkins is what you call a young veteran. And with two decades of experience in the QMJHL, the Quispamsis, N.B. native has become one of the most beloved referees in the league.

Between the rink, his job as a salesman and his family life, Hopkins really has his hands full.

“I work a Monday to Friday 8-to-5 job in sales, about 40 minutes outside Antigonish, N.S. Any time off I get for officiating is typically me using up vacation time or working with my employer to make up time”, says Hopkins.

“It makes for a busy life, especially with our kids being involved heavily in sports. My son is on the ice six days a week and my daughter is on twice a week, and involved in gymnastics”, he adds.

The family moved to Antigonish, N.S. in 2018 when Jeff’s wife, Shanna, got a job at St. Francis Xavier University.

“I could not do this without the support of my wife and kids. I think all of us at [the QMJHL] level could not do it without some very understanding better halves. Luckily, my wife worked in sports, so she had some understanding of the commitment involved”, mentions the veteran official. 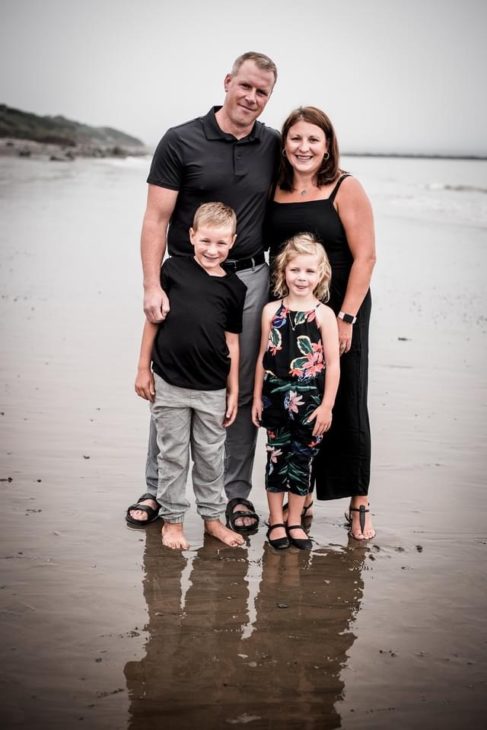 “My wife travels a lot for work through the week (pre-Covid) and most of my games are on weekends. So, there are many times that we have to high five on Friday as she gets home, while I hit the road for a game”, explains Hopkins with a laugh.

“To some people, it might seem crazy. But it’s part of our lives, and we are just used to it. It’s our normal, but I could not do this without my very understanding wife.”

Hopkins adds that mom and dad’s busy schedules have especially been hard on Jacob, 7, and Emma, 6.

“The kids just know that dad’s gone for the night and might miss an afternoon of their hockey to hit the road for a game”, says Hopkins. “But my son is hockey crazed now, so he gets a kick out of it and follows the league and players a bit.”

Just like little Jacob, Jeff Hopkins has been involved in hockey all his life. 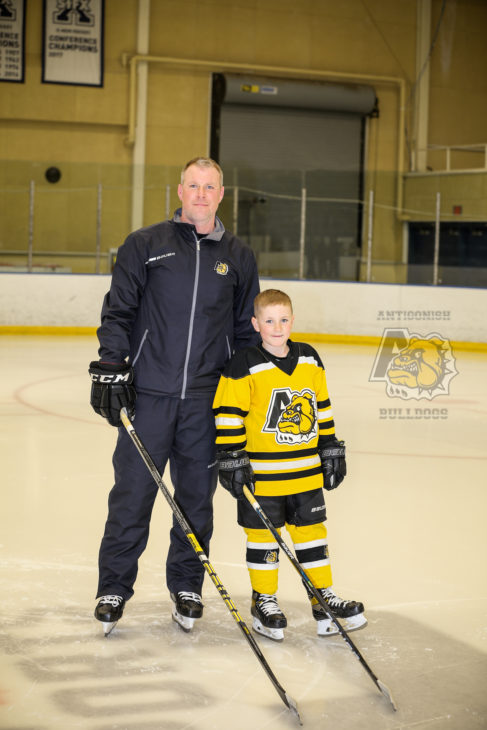 “I played competitive hockey through High School and could have played some Junior B, but decided to focus more on officiating”, he says. “I started refereeing when I was 10 years old in the Quispamsis Minor Hockey Association. It was an opportunity to get on the ice more and make some extra money doing it. I quickly took a liking to it and really enjoyed it.”

Now, nearly two full decades later, he says he’s grateful for what the game has given him.

“I was lucky to get some very good opportunities early in my career. I started as a linesman in the QMJHL in 2001, when I was hired at 19, and was able to get an AHL tryout at 20”, explains the Maritimer.

Since then, Hopkins has taken part in various events and competitions. He worked at the Air Canada Cup tournament in 2002, the Canada Games in 2003, the World Under-17 Hockey Challenge in 2004 and at the University Cup in 2004.

In the summer of 2005, he attended a summer camp in Ontario and was then hired by the Central Hockey League, which operates in the southern part of the United States. Hopkins would work two years as a full-time linesman in the Central League and American Hockey League, while living in Texas.

He would eventually make his return to the QMJHL, back in 2007.

“It’s been a long road, but I have enjoyed every moment of it and continue to enjoy it”, he admits. “Starting in the league officiating players I would have played against, to now seeing kids coming into the league that were born after I started officiating, seeing players I refereed become coaches, having players that are sons of former players, coaches and even former officials, definitely makes me feel a bit older.”

As for what the future holds, Hopkins admits that he is taking it one year at a time.

“As my kids get busier in sports and life, it’s a bit more challenging. However, I still love the game and love going to the rink. Travel can get tough at times, especially getting home around 3am from a road trip and then being up with the kids for hockey at 7am”, admits Hopkins with a smile.

“I just finished my 19th season and I always said I would love to get 20 years in the QMJHL and then go from there. The road trips, being around the guys and being involved in the game is all I have known for 20 years. So, when I do decide to step aside, it will be a tough change. But as long as I still have the passion to go to the rink, I will continue on!” 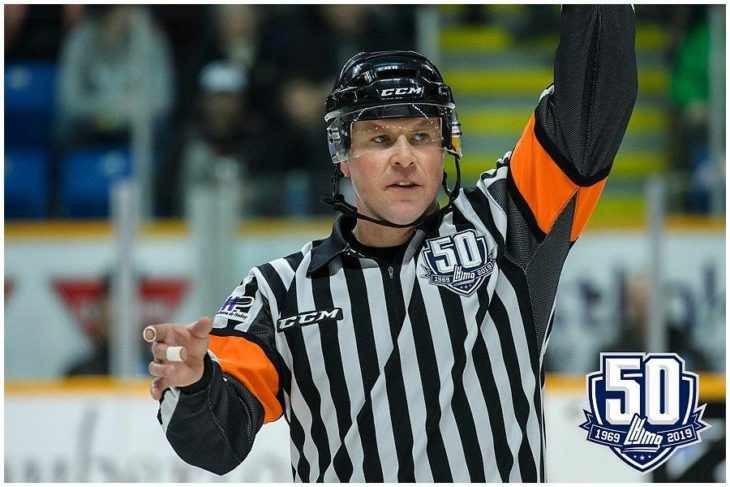