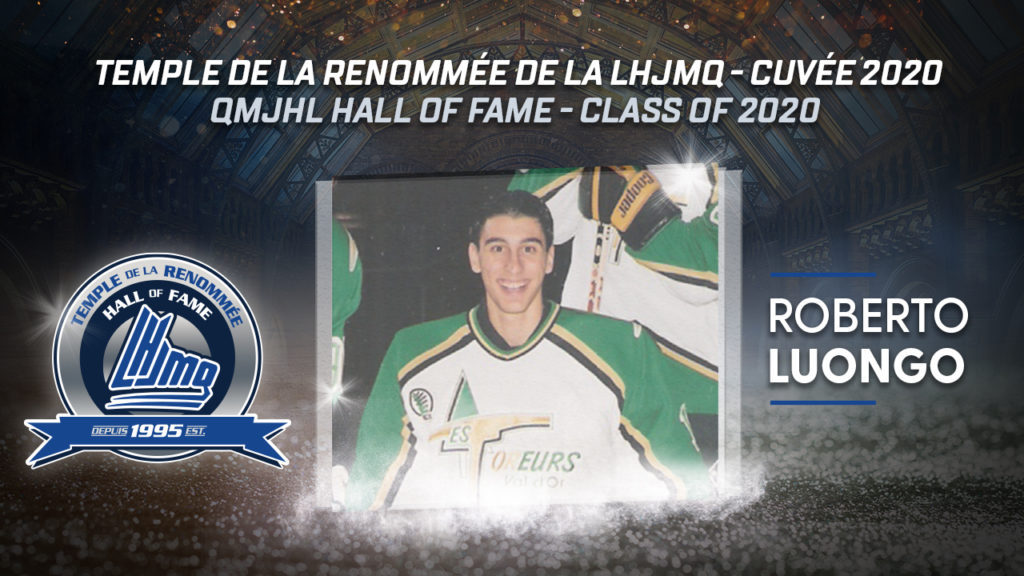 It is a bit by chance that forward Roberto Luongo was sent between the pipes as a replacement goaltender back in his Pee-Wee days several decades ago. It was a role that he had been thinking about for a long time.

In his first official outing as a netminder, he recorded a shutout, and was well on his way to greatness.

At 16 years of age, Luongo was selected with the second overall pick of the 1995 QMJHL Entry Draft by the Val-d’Or Foreurs. He would go on to take part in 23 of the team’s 70 games during his rookie year. 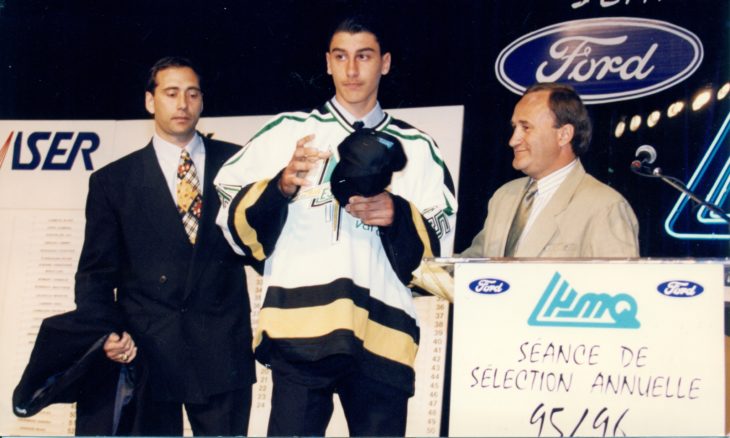 In 1996-97, he was awarded the Michael Bossy trophy as the QMJHL’s top professional prospect. Then, in the 1997 NHL Entry Draft, the 6’03” goaltender would be chosen fourth overall by the New York Islanders.

Amongst some of his junior career highlights are certainly the seven shutouts he recorded during the 1997-98 regular season, tying the league’s record-holder Nick Sanza in that department. Luongo would also hold the record for most playoff career victories with 38 from 1999 to 2015, a period of 16 years.

In the National Hockey League, he would play 11 of his 19 seasons with the Florida Panthers. But in 2006-07, Luongo would begin his stint with the Vancouver Canucks following a trade. That season, he would record 47 wins while posting an outstanding 2.28 goals-against-average, en route to becoming a finalist for the Hart and Vezina trophies.

Exceptionally, in 2008, he would be the first goaltender in 60 years to be named captain of an NHL team, a role he played for two seasons with the Canucks. In 2011, he would carry Vancouver to a deciding game seven in the Stanley Cup final versus the eventual champion Boston Bruins.

The goaltender would make five NHL All-Star game appearances, while twice being named a Second-Team All-Star (in 2003-04 and 2006-07).

His brilliant career places him amongst the all-time greatest goaltenders in NHL history: second all-time in games played (1044), third all-time in wins (489) and ninth all-time in shutouts (77), while his career save percentage of .919% is just short of recordholder Dominik Hasek’s .922%. 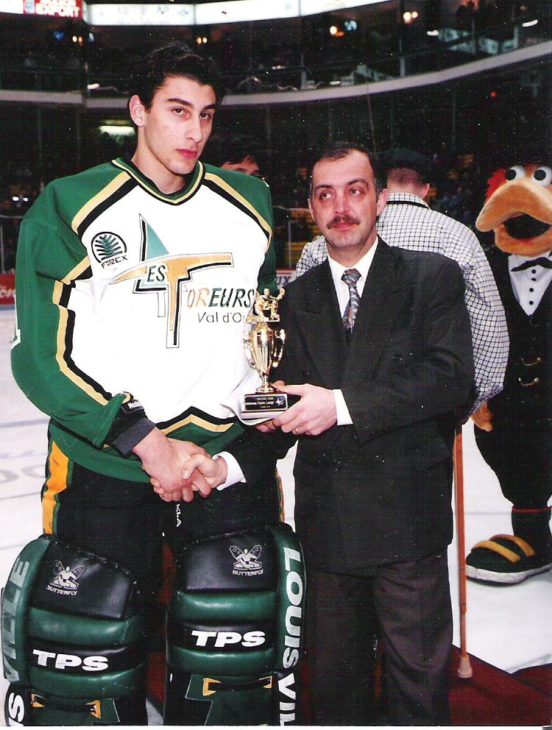 With Team Canada on the international stage, he would back-up fellow Montreal native Martin Brodeur at the 2006 Olympics. Then, as the starting goaltender for Canada at the 2010 Olympics in Vancouver, he would capture a gold medal. He also wore the maple leaf jersey for a few IIHF World Championship tournaments.

His #1 jersey was retired by both the Foreurs and the Titan franchises.

Roberto Luongo will enter the QMJHL Hall of Fame as a player on April 8th, 2020.