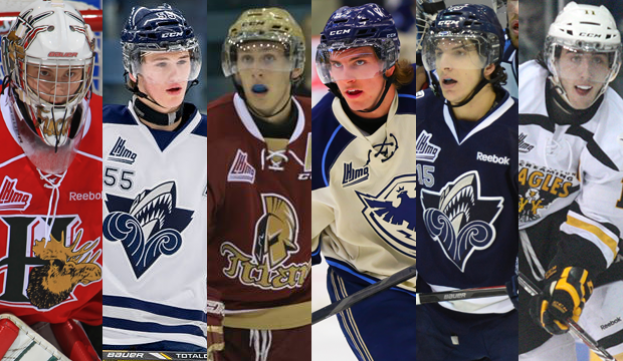 BOUCHERVILLE, Wednesday October 22, 2014 – The Canadian Hockey League in association with the Quebec Major Junior Hockey League the Acadie-Bathurst Titan and the Rimouski Océanic, today announced the roster of Team QMJHL which will compete against Team Russia in the 2014 SUBWAY® Super Series.

The Titan will host the first game of the series on Tuesday, November 18th at the K.C. Irving regional Centre, while the Océanic will host game two at the Colisée Financière Sun Life on Thursday, November 20th. All six contests will be televised nationwide on Sportsnet and TVA Sports.

Each of the three CHL member leagues assembled a selection committee, working closely with Hockey Canada, to select the players for this year’s series. A total of twenty-six players will participate in the event this year.  The rosters for each individual game will be announced at a later date.

All games will be broadcast nationally on Sportsnet and TVA Sports.